The Federal Communications Commission wants to collect data about what broadband speeds are like across the U.S. To do this, the FCC has released a speed test app that’s now available for Android and iOS.

The FCC Speed Test App is part of the Commission’s Broadband Data Collection initiative, which aims to get a comprehensive overview of the state of broadband in America. The app is similar to other speed-testing apps already available, providing users with the tools to test the performance of their mobile and in-home broadband networks. “To close the gap between digital haves and have nots, we are working to build a comprehensive, user-friendly dataset on broadband availability,” said Acting Chairwoman Rosenworvel. “Expanding the base of consumers who use the FCC Speed Test app will enable us to provide improved coverage information to the public and add to the measurement tools we’re developing to show where broadband is truly available throughout the United States.”

The FCC Speed Test App will provide test results to the user and to the FCC; the Commission said information collected from program volunteers is private and confidential. By providing the FCC with broadband information, it will be able to compare data from internet service providers like AT&T and Verizon.

“The app will also be used in the future for consumers to challenge provider-submitted maps when the Broadband Data Collection systems become available,” a press release said.

As The Verge points out, broadband access advocates have challenged the self-reported maps from service providers, claiming they may be exaggerated. In addition to using the FCC’s app, the Commission has also asked the public to fact-check ISP data by submitting a form with their address if they’re located in a current broadband map.

The FCC Speed Test App is available now for Android and iOS. 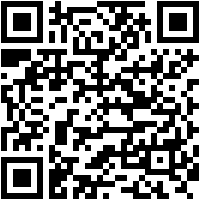