Firefox 95 arrives with enhanced security, macOS improvements, and much more

Firefox is one of the few remaining web browsers with a fully custom rendering engine, giving Mozilla the ability to try out new web features and low-level performance changes in a way that most Chromium-based browsers can’t (without essentially becoming a fork, anyway). Firefox version 95 is now rolling out, and it has several important changes on desktop and mobile platforms.

The best improvement in this update (via Techdows) might be RLBox, which Mozilla developed in collaboration with researchers at the University of California San Diego and the University of Texas. RLBox is now enabled on both desktop and mobile platforms, and uses WebAssembly to isolate potentially-buggy code. This should cut down on potential future vulnerabilities in the browser.

Firefox 95 on the desktop also includes reduced CPU usage on macOS, reduced power usage for decoded video on macOS, and a user agent override for Slack’s web app (so you get access to more features). Firefox’s Site Isolation security feature is also fully rolled out for everyone now.

The changelog for Firefox on Android isn’t quite as exciting, but there are still a few highlights. Mozilla introduced a new homepage on mobile with last month’s release of Firefox 94, and starting with Firefox 95, there are more settings options available. When you open Firefox, you can now choose between always opening the homepage, opening the last tab, or opening the homepage only after four hours if inactivity (the last one is the default). 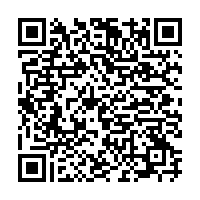