If you are serious about privacy, then you probably already know that using the same password for all your web services is a very bad idea. With companies like Facebook storing your passwords in plain text, you should be the first one to worry about your privacy. We often recommend users to use different passwords for all the services to keep the incident contained if one of your accounts gets hacked, but it’s often easier said than done. That’s when password managers come into play. One of the biggest privacy advocates, Mozilla, is releasing Firefox Lockbox for Android to make remembering passwords easier.

The first official version of Firefox Lockbox was released back in Summer of last year for iOS. It now has over 50,000 users, with a respectable 4.1 rating. Mozilla announced the release of the application for Android today. Firefox Lockbox has strong integration and synchronization capabilities with the company’s own browser, Mozilla Firefox. All the passwords that you have ever opted to save on your Firefox account across different devices, will be available in Lockbox for easy searching and using. Check out the video below to get a general idea about how it works.

Unfortunately, Firefox Lockbox has some major flaws. First of all, it doesn’t let you generate secure passwords like the majority of password managers do. Also, it only syncs with a Firefox Account, meaning that you can’t add your own entries. So, it’s obvious that Lockbox won’t win any privacy awards, but it’s still a good way to access your passwords from anywhere – if you’re a Firefox browser user. Where it wins, though, is the secure authentication, as it supports both fingerprint and face authentication. Like most of the password managers, it also lets you automatically fill in saved passwords. You can download the application from the Play Store listing below. 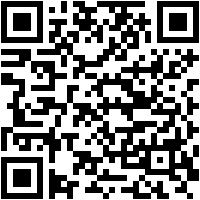