Even though Android TV (and Google TV) is based on Android, it’s only intended to be used with applications and games built with TVs in mind. That’s why smartphone-only apps don’t appear in the Android TV Play Store, and when you sideload apps without a TV interface, they don’t appear in the regular Android TV app launcher. There have been many third-party launchers for Android TV over the years that work around this limitation, but now there’s another option, written in Google’s new(ish) Flutter framework.

FLauncher is an open-source alternative launcher for Android TV, intended to function as a way to open and manage sideloaded non-TV apps on Android TV, and a full replacement for the built-in Android TV/Google TV launcher. Étienne Fesser, the project’s main developer, says it is “still at an early development stage and may be unstable.” However, it has been tested to work on a Chromecast with Google TV, and is already available on the Google Play Store. The launcher supports customizable categories, wallpapers, row and grid display options, and uninstalling apps. There are also shortcuts for opening the system Settings application and the ‘App info’ screen for each installed application. Even in this early state, all the essentials appear to be present. FLauncher is also written in Flutter, Google’s framework for creating cross-platform applications.

Google launched its custom Google TV interface for Android TV last year, which has many interface improvements over “stock” Android TV, but also includes auto-playing video ads and other changes that not everyone is happy with. As Google TV rolls out to more devices, applications like FLauncher might become more popular — the project even has “no ads” listed as a feature.

You can learn more about FLauncher on the project’s GitLab repository. There are several other custom app launchers for Android TV also in active development, such as the minimalist SideApps project, which isn’t intended to replace your TV’s existing home screen. 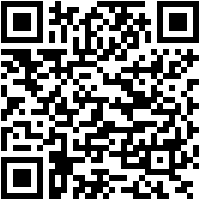