This app forces dark mode with any wallpaper on Android 8.1 Oreo

Dark Mode is something that many have been wanting in stock Android for a while. We have seen this feature added to a developer preview of an upcoming update only to have it promptly removed in the official build. With the release of Android 8.1 and the WallpaperColors API, we can enable this Dark Mode for the Quick Settings panel by applying a dark wallpaper. However, there’s a new application called LWP+ that lets you enable this Dark Mode feature while still using a light wallpaper.

There’s a benefit to using a dark/black theme on your smartphone if it has an OLED panel. OLED has become the gold standard for smartphones since the technology has matured, and it can save a good amount of battery if the user interface is optimized for it. This is why dark and black Substratum themes are as popular as they are and why so many people have been looking for Google to implement a system-wide Dark Mode into Android. Google has met us halfway with the WallpaperColors API and how it changes the theme depending on the tone of your wallpaper. Not everyone that wants a dark theme wants a dark wallpaper as well. This is where the LWP+ application comes into play. Once the application is installed, you’re asked to pick a wallpaper that you want to apply while also having the option to choose a custom primary and secondary color for the WallpaperColors API.

LWP+ is a simple application that does one specific thing well. If you’re wanting a system-wide theme then you’ll want to use a theme engine like Substratum instead. Android 8.0+ users can even install a dark theme without having root access to the device. For those who are just wanting to change the Quick Settings panel to dark no matter what wallpaper you choose, then LWP+ can do exactly that. 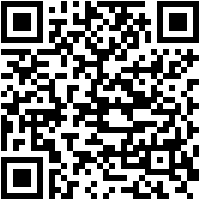