The Google Home app recently gained a built-in remote that lets you control your Android TV or Google TV device. However the virtual remote lacks several important features including volume and mute controls so it’s not a perfect replacement for the physical remote that comes with your Android TV device. If you’re looking for a more capable alternative, then you might want to check out Freebox Remote.

Freebox Remote is an unofficial virtual remote control app for Android TV set-up boxes developed by French ISP Free. However, it turns out the app can also be used to control any Android TV or Google TV device. All you have to do is to select Freebox Pop as the target model when setting up the app. The app will then list out all Android TV devices connected to your Wi-Fi network.

Freebox Remote, an unofficial remote control app for Android TV set-top boxes from French ISP Free, can act as a universal Android TV remote if you set the model to Freebox Pop while scanning.https://t.co/VHnu6f0IS8

As you can see in the screenshots attached, the app has a very straightforward and intuitive UI, presenting all the remote buttons including D-pad on the main screen. It also supports widgets so you can control your Android TV/Google TV device right from the home screen without having to open the app.

The app initially only supported Android TV devices, but recently gained support for the Android TV Remote protocol v2, making it possible to control the Chromecast with Google TV and other Google TV-powered devices.

Freebox Remote is available on the Google Play Store as a free app. If you want to try it out, hit the link below. 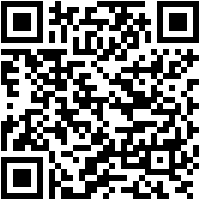