In May this year, Google launched a new app called Action Blocks that lets you add buttons on your phone’s home screen to trigger any Google Assistant command. Now, Google is bringing a similar feature specifically for Google Assistant routines and interpreter mode that will let you add home screen shortcuts for these actions.

As per a recent post from Reddit user u/PhilStation (via Droid-Life), the Google Home app (v.2.31.1.7) is now prompting some users with an option that lets them “Add routines to your Home screen” to “Run your favorite routines with a single tap.” As you can see in the attached screenshot, the feature adds a new icon next to the ‘Save’ button within the Routines setup window that lets you add a shortcut for that routine on your homescreen. Tapping on the shortcut triggers the routine, and the Google Assistant then executes all the commands included in the routine. As of now, this new home screen shortcut feature isn’t widely available to users. According to the comments in the thread, users running the same version of the Google Home app don’t have access to the feature, which leads us to believe that it has been enabled via a server-side switch.

Tapping on the shortcut opens up the Google Assistant in Interpreter mode, allowing you to quickly start a conversation with someone speaking a different language without stopping to issue a voice command first. The app is currently available in early access, and you can download it by following the Play Store link below. Alternatively, you can download the Google Assistant – Interpreter Mode APK from APKMirror. 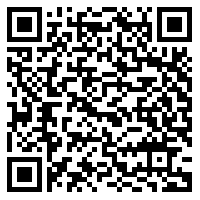