Many people, even some diehard Android fans, are still under the impression that Samsung smartwatches are only for Samsung phones. That’s simply not true, and in many ways, they work better than watches with Google’s own Wear OS. One of the things that isn’t better is Bixby. Thankfully, the ever-resourceful XDA community has come through again. It’s now possible to get Google Assistant on a number of Samsung watches.

Google Assistant on Samsung watches has been a highly requested feature for a long time. There have been a few attempts to bring Assistant to these watches, but nothing easy or reliable has ever come from them. XDA Senior Member Cybernetic87 took matters into their own hands and now we have a solution that is easy to set up and works extremely well.

The app can be a little slow to launch (keep in mind this is a 2-year old watch), but once open, the responses are remarkably quick. You can remap the Home button double-press shortcut to launch the app and set it up to start listening when it opens. Unlike Samsung phones, this makes it very easy to completely remove Bixby and replace it with Google Assistant. It’s essentially as easy to launch Google Assistant as it is on a Wear OS device. As mentioned in the video, the app can respond with audio if your smartwatch has speakers, but it’s not necessary for the vast majority of use cases. The responses are also displayed on the screen in text. The only issue I’ve noticed is smart home commands, such as “turn off living room light,” won’t display text on the screen, but the command does work correctly. Even without a speaker, you can tell when Google Assistant is responding when the “Stop” button is illuminated.

The other options in the app include enlarging the font, auto listen on resume, text on the screen for responses, sound effects, and vibrate.

How to get Google Assistant on a Samsung watch

The setup process is a bit convoluted, but it’s not difficult at all. The video tutorial below goes through the process in detail. You should be able to get it all up and running in just a few minutes. There are also instructions in the companion phone app, which can be downloaded from the Play Store. 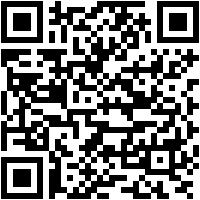 As someone who has been using a Samsung watch for a while, this is a pretty big development. Google Assistant is something that I’m already familiar with and use on my other devices, so I’m more willing to use it on my watch. Bixby, while capable of basic tasks, is outside of my ecosystem. The more I use Wear OS the more I realize that Samsung’s OS and watches are doing things better, they just lack some of the Google niceties I rely on.

Read more about GAssist in the Galaxy Watch Forums