If there’s one area Google’s Pixel smartphones remain undefeated, it is definitely in camera software. Most of the magic in the Google Camera app happens on the software side. Even though the tech giant continues to use the same 12.2MP primary camera on its smartphones since the Pixel 2, the software algorithms backing the Google Camera’s phenomenal “computational photography” keep improving significantly with each new Pixel smartphone. Google’s incredible camera processing has inspired developers, including some of the most notable personalities on the XDA-Developers forums, to modify the Google Camera app to run on non-Google smartphones. Similarly, for low-end and budget devices, developers have also ported Google Camera Go, a lightweight version of Google’s camera app for Android (Go Edition) devices, which was recently updated with a Night Mode.

Night Mode, as you would expect, is analogous with Night Sight in the full Google Camera app. We tried out Camera Go’s Night Mode using a modified version of the app courtesy of developer and XDA Senior member mickey36736, better known as Wichaya in the GCam modding community. The latest Google Camera Go (version 1.8.332394960) APK was extracted from the Google Play Store by XDA Senior Member RKBD, but Night Mode does not show up if you sideload this version. Wichaya modified the APK to activate Night Mode, and that’s what we are using to test.

Note: Night Mode in the Google Camera Go app is currently exclusive to the Nokia 1.3 Android Go smartphone, but we’re using the mod on the Nokia 5.3. This article serves as a demonstration of the Night Mode feature in Camera Go rather than a review of the camera quality of the Nokia 1.3, which we do not have on hand.

The Google Camera Go app was first introduced earlier this year alongside the Nokia 1.3. It’s designed for low-end devices with single cameras, so it comes with a simple interface with basic features like face enhancement, photo, video, a portrait mode, and a built-in visual translator. The latest update to the app adds Night Mode, though Google is also preparing to add HDR support to the app.

HDR is not yet enabled in the modded version of the app by Wichaya (perhaps because Google themselves haven’t finished it), but Night Mode works on most of the devices we tried it on — even though we cannot ensure support on all modern devices. The new APK weighs only 16MB in size, ideal for a low-end device with limited storage. The mod also appears to have the Night Mode processing library, called “libNightMode_jni.so” and 7.1MB in size, within the APK itself.

I took the Nokia 5.3 running Google Camera Go out for a spin last night and tested it in different low-light conditions to see how well it fares. The following are some of the examples: Night Mode Off (left) vs On (right)

Very evidently, the Night Mode on Google Camera Go improves the lighting significantly in all scenarios. Besides illuminating the scenes, Night Mode also helps improve the sharpness in the images. Despite this, there may be some instances of fairly low brightness where the Camera Go app fails to focus. There is a fair bit of noise in all the shots, primarily due to the high ISO values.

Notably, while the images without Night Mode are taken at 12MP, the images with Night Mode on are snapped at just 2MP and that is presumably to keep the image size low. Furthermore, reading into the EXIF data reveals that the exposure time is 3-4 times higher with the Night Mode than without it.

While the resulting images with Night Mode on the Google Camera Go aren’t incredibly impressive, we have to keep our expectations in check—Night Mode in Google Camera Go isn’t meant to be on par with Night Sight on the regular Google Camera, and expecting as such is only setting yourself up for disappointment. The results, when considering them on their own, are exciting due to the fact the app is intended for devices much lower in the price bracket.

You can find all of the images above and some more in the Flickr gallery shared below. 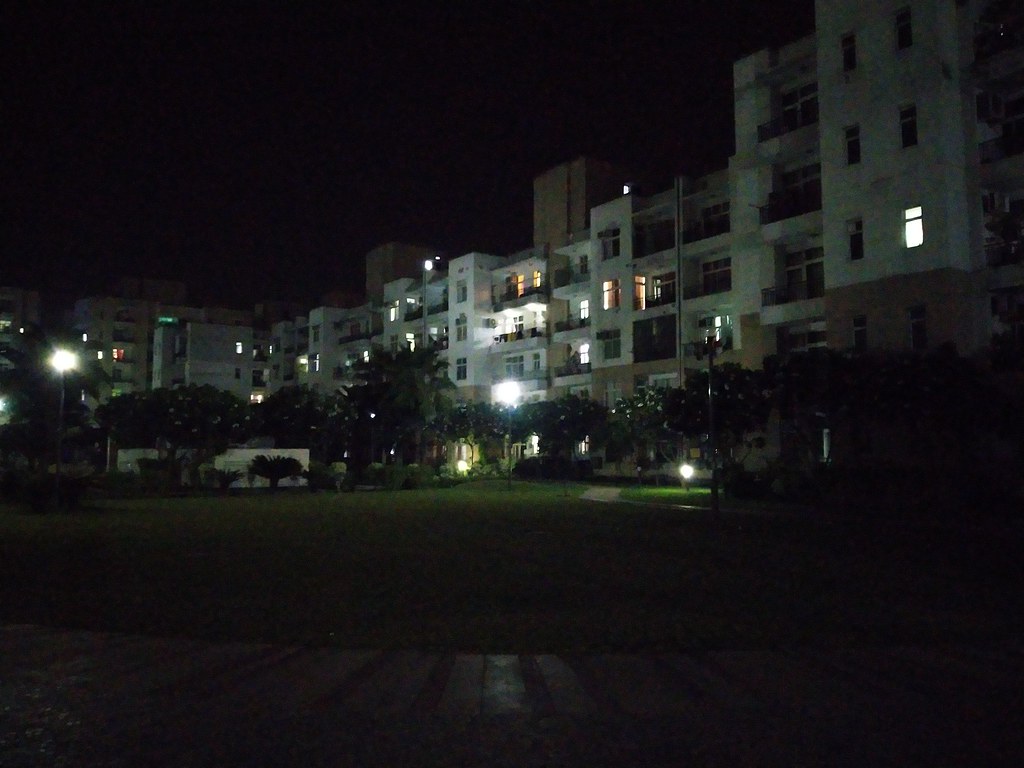 What are your thoughts on the Night Mode on the Google Camera Go? Let us know in the comments below!