Switching between Android and iOS can be a pained experience, but there are generally helper apps that aim to make it easier. To move to iOS from Android, Apple’s “Move to iOS” app tends to work at times, and to move from Android to iOS, generally you’ll be using a mixture of apps and Google cloud services to make the switch. It’s never been quite so easy moving to Android from iOS thanks to the lack of a dedicated companion app, but now Google has quietly launched the “Switch to Android” app on the Apple App Store.

The app currently guides users through the typical process that new Android device owners would have had to go through anyway. That includes backing up contacts, calendar items, and your photos. It will also show users how to disable iMessage before switching. It’s basically an interactive checklist to get all of your data off of your iPhone and onto your shiny new Android phone, though with the caveat that you can’t migrate over application data.

The app itself will ask you to scan a QR code of the device that’s being set up when it’s launched. It also doesn’t require both phones to be connected via some kind of cable, as most of the data transfer actually takes place through the likes of your Google account and Google Drive. The most important part is the iMessage disabling, as otherwise, other iPhone users won’t be able to send you an SMS message.

Google’s dedicated app for moving to Android comes a long time after Apple’s own app for moving to iOS. The “Move to iOS” app debuted in 2015, whereas Google’s own official instructions simply guided users through installing Google Drive and backing up data that way. There was no way to move text messages over for example, and the process was extremely restrictive.

All of that is not to say that the process is no longer restrictive. It still very much is, but Google’s aim is to at least make it as clear as possible what can be moved over. Google has included a way to copy data over from iCloud to Google Drive, where you get 15GB of storage for free rather than the measly 2GB of storage with iCloud.

You can try out the “Switch to Android” app below on the Apple App Store if you have an iPhone. 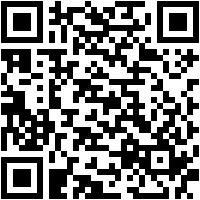