Google has launched ‘Look to Speak’, a new accessibility service that lets users control their device with their eyes. The app lets users select from a predetermined list of characters, words, phrases, or actions by moving their eyes up, down, left, or right. We live in a world where it’s still so easy to forget that less able-bodied people still have something to say. More often than not, they just don’t have the means to say it. Look to Speak wants to change all that, by offering a completely customisable means of self-expression which can be tailored to their own needs, and more importantly, their own vernacular and style of speech.

Although eye-control is nothing new in itself, Google has managed to shrink the technology down to a more portable format, meaning that users in wheelchairs, for example, can use it without carrying around a small server farm clipped to their chariot. As pointed out in a blog post today, the real beauty of this is that it will allow users to configure their turn-of-phrase, their way – something hugely empowering for those who are silenced through no fault of their own.

The project began as part of a sub-group of ‘Experiments with Google’ called ‘Start with One’, an initiative that designs a product for one specific person, before adapting and expanding it for use by others in the community with similar needs. It’s the second announcement on a more accessible internet recently, with a new version of Google Voice Access backported from Android 11 last week.

At launch, Look to Speak will let you select phrases, speak them aloud, snooze the screen, and edit your phrasebook. There are also tutorials and tips to help get the most out of the service, covering everything from ideal phone placement to getting the best results from your movements.

‘Look to Speak’ is now available on all devices running Android 9.0 and above, including Android One. To try it on the web or learn more, follow this link, or Android users can check out the app – link below. 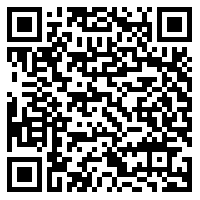