We saw a ton of updates announced for Google products and services at I/O this year. Everything from Android P to Wear OS got some love. Material Design was also the recipient of some updates. We were hearing about “Material Design 2” before the event, and while Google didn’t announce a complete overhaul, there are indeed some changes on the way. They have a new app called “Material Gallery” to help designers get started. Google released a new tool called “Material Theming,” which will allow developers to create Material Design interfaces that don’t look so cookie cutter-y. They added a huge amount of variety to allow apps to look different while still maintaining a level of consistency within Material Design. Putting this new philosophy in practice will require adoption by developers. The next step in that process is a new app from Google called “Material Gallery.”

Material Gallery exists as a web app, Android app, and iOS app. Google says it allows designers to collaborate on their work with team members as well as get feedback from outside designers and users. The app can also be used to track the design process through the revisions. This should be a very helpful app for designers who are looking to get input on their work. Material Gallery is free to use and available right now on most platforms. 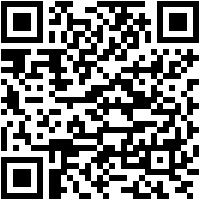