A growing trend has been rounded screen corners, popularized by the LG G6 and Samsung Galaxy S8. Some users like how those rounded edges look and attempt to emulate it with apps such as Cornerfly. Cornerfly creates rounded screen corners with a pure black overlay—giving the illusion of having rounded corners. But these apps don’t work that well on Android Oreo, so on the regular Google Pixel 2 with its square corners we may run into problems. Fortunately, we have found a hidden command that you can use in conjunction with rounded screen corner apps like Cornerfly to get the Pixel 2 XL look without shelling out an extra $200. What is happening is that Android Oreo implemented restrictions on what applications can draw over such as the navigation bar, status bar, and other SystemUI elements. This means if you extend the circle radius in Cornerfly too far in, the status bar clock would end up showing on top of it.

This meant on Android Oreo that apps like Cornerfly don’t really work, however, the command we found will fix this on the Google Pixel 2. It turns out in the latest SystemUI APK found in the Google Pixel 2 and Pixel 2 XL, Google added a new class called “RoundedCorners” which adds padding to certain SystemUI elements.

This is used on the Google Pixel 2 XL because it physically has a rounded screen so SystemUI elements need to be moved a bit inwards to accomodate that. Luckily, we can use this to our advantage on the regular Google Pixel 2 and make apps like Cornerfly work properly again.

We tested this with the help of XDA Recognized Contributor Quinny898 and Austin Greenlee.

Get Rounded Screen Corners on the Google Pixel 2

All you need is adb and a Google Pixel 2. Follow this tutorial to set up adb for Windows, MacOS, or Linux. Once you’ve got it set up, you’re ready.

You can simply follow the commands below! Both change different aspects. Content padding pushes the system UI elements towards the center of the screen depending on its value, and rounded size is so the system knows how rounded the corners are.

Pro-tip: changing the sysui_rounded_content_padding to 0 on the Google Pixel 2 will get rid of the status bar icon padding.

You can adjust both variables to your liking and can then use rounded screen corner apps on the Google Pixel 2 to get the Pixel 2 XL effect. The Google Pixel 2 XL already has rounded corners, however, so there’s no real benefit to trying these commands on that device. 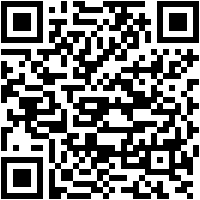 Now you can simply open Cornerfly and play around with it. Look at the screenshots at the top of the article to see what you can make your device look like. As you can see, there is a difference and the application now works fine. Try it out and see what you think!