Google Pixel 6a vs OnePlus Nord N20: Which phone to buy?

The Google Pixel 6a is one of the best options you have in the US if you’re shopping for a mid-ranger under $500. It may not be a fully kitted device to go against a lot of the high-end devices but you’ll find plenty to like about the phone, especially for its asking price. The Pixel 6a, however, isn’t the only device in the budget space as there are a lot of phones competing in the same price segment. OnePlus also has a couple of interesting phones in the US that don’t cost an arm and leg to deliver a good experience overall. The OnePlus Nord N20 is one such device that stands out. It may not beat the Pixel 6a in all key aspects but it is a worthy contender. In this article, we’ll take a look at the Google Pixel 6a vs OnePlus Nord N20 matchup to see how these devices compete against one another. The Google Pixel 6a and the OnePlus Nord N20 have very little in common when it comes to design. From the build materials to the in-hand feel of the two devices, everything is almost entirely different. The Pixel 6a has a plastic back and metallic frame whereas the Nord N20 uses plastic for both. Both devices have a boxier frame but the OnePlus Nord N20 also has flat sides that’ll result in a different in-hand feel compared to the Pixel 6a’s rounded frame. The Pixel 6a also borrows the design of the more premium Pixel 6 and the Pixel 6 Pro to look more modern and unique. It has a camera bar at the back that horizontally extends across the entire width of the phone. The unique design and fun colorways make the Pixel 6a stand out in the crowd, making them instantly recognizable. The Nord N20, on the other hand, has a very generic design. It’s not bad by any means, though. XDA’s Managing Editor Rich Woods described it as the most beautifully designed OnePlus device that he had seen in a very long time when he went hands-on with the device earlier this year. It certainly looks different from a lot of other OnePlus phones but it lacks the distinguishing factor you get with the Pixel 6a. Design is entirely subjective, so we’ll leave it up to you to decide which one suits your day-to-day style better. The OnePlus Nord N20, however, is a hair thinner and slightly lighter than the Pixel 6a. It’s not a significant difference as both devices have the same footprint overall. The Google Pixel 6a is also the only phone in this comparison that has an IP rating. You get an IP67 rating for dust and water resistance with the Pixel 6a, whereas the Nord N20 doesn’t have an official rating. It’s not necessarily a deal-breaker, especially for a phone that costs as much as it does, but it’s still worth noting. The camera layout at the back of the OnePlus Nord N20 is also very basic with three lenses protruding from the back of the phone. The Nord N20 is also only available in just one color i.e. Blue Smoke and we think it looks delightful overall as it sparkles in the light. Both phones have a USB Type-C port at the bottom but only the Nord N20 keeps the headphone jack. But it only has a single speaker as opposed to stereo speakers on the Pixel 6a, so keep that in mind. Moving over to the front, you get AMOLED panels on both phones. It is slightly bigger on the OnePlus Nord N20 coming in at 6.43-inch as opposed to the 6.1-inch panel on the Pixel 6a. Both have the same resolution, so you’re not going to notice any major differences in terms of the overall sharpness. The AMOLED panel on both phones is going to look equally colorful and vibrant with great contrast ratios and inky blacks. Both panels top out at a 60Hz refresh rate, so no differences there either. You also get punch-hole camera cutouts on both displays, but the one on the OnePlus Nord N20 is a bit more prominent as it’s centrally aligned. It also has a relatively bigger chin at the bottom whereas the Pixel 6a has uniform bezels on all four sides.

Google has fitted the Pixel 6a with its Tensor chip, the same one that’s also powering the flagship Pixel 6 and the Pixel 6 Pro. It’s a performant chip that can hold its own against some other powerful chipsets on the market including the likes of Qualcomm Snapdragon and Samsung’s Exynos. We suggest you read our review of the Pixel 6a (linked earlier in this article) to learn more about this chip. Day-to-day performance shouldn’t be an issue whatsoever. The Pixel 6a, despite its 60Hz display, feels snappy and well-equipped for most workloads. The best thing about the Tensor chip is that it helps the phone with machine learning and AI computations to enable some smart features including advanced voice dictation, Magic Eraser, and more. The OnePlus Nord N20, on the other hand, is powered by a slightly less powerful Snapdragon 695 chipset. It is a modest improvement over the Snapdragon 690 that was in the Nord N10, but it’s not enough to lock horns with the Tensor chip when it comes to the raw power. A quick look at the Geekbench score will tell you that the OnePlus Nord N20 powered by the Snapdragon 695 SoC scores 687 in single-core and 1,956 in the multi-core test. In contrast, the Pixel 6a scores 981 in single-core and 2,403 in the multi-core test. Both phones have 6GB of memory and 128GB of storage, but the Pixel 6a gets more powerful LPDDR5 memory and UFS 3.1 storage as opposed to LPDDR4x and UFS 2.2 storage on the Nord N20. It is, however, worth noting that the OnePlus Nord N20 supports expandable storage up to 512GB.

As for the battery, the Pixel 6a packs a 4,410mAh unit whereas the OnePlus Nord N20 comes with a slightly bigger 4,500mAh unit. OnePlus earns some brownie points here for bundling the Nord N20 with a 33W fast charger in the box. The Pixel 6a only supports up to 18W fast charging, and you’ll have to splurge more to buy a charger separately. Neither of these phones supports wireless charging, meaning you’ll have to rely on the wired charger. When it comes to the optics, the Google Pixel 6a sports a 12.2MP camera which the company has used in many of its previous phones like the Pixel 5. It is, however, accompanied by a 12MP ultra-wide sensor, so that’s good. Together, these cameras can capture some really good-looking photos both during the day as well as the nighttime. This phone generally does a great job of producing good photos as Google is still working its software magic on what is undeniably an old sensor by today’s standard. Meanwhile, the OnePlus Nord N20 comes with a 64MP main sensor with an f/1.8  aperture along with a 2MP depth sensor and a 2MP macro lens. You’re probably not going to get much usage out of the other two sensors on the Nord N20, but the main camera can shoot some decent shots. They’re no match to what a Pixel 6a can produce, so it’s not even a fair comparison. We weren’t able to shoot the same set of photos from both phones for a side-by-side comparison, but here are some camera samples captured from both phones to give you an idea of what to expect. 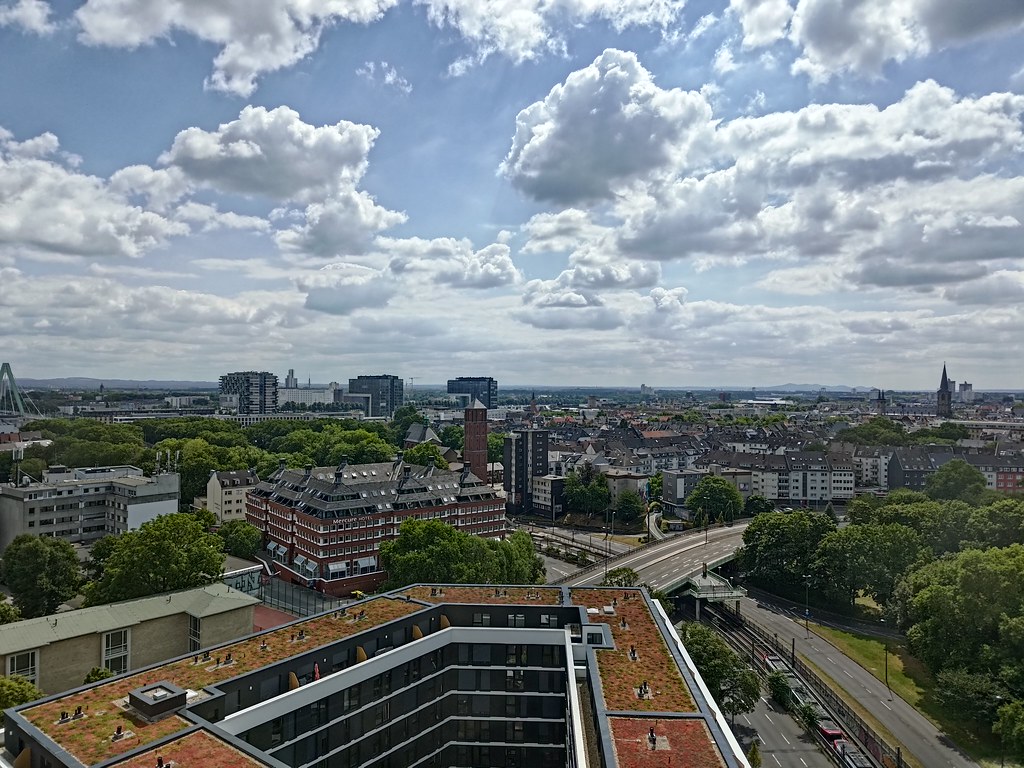 Google Pixel 6a vs OnePlus Nord N20: Which one should you buy?

The Google Pixel 6a is now available to purchase for $449 in the US whereas the OnePlus Nord N20 can be had for as little as $299. The Pixel 6a runs Android 12 out of the box whereas the Nord N20 5G is running OxygenOS 11 based on Android 11. OnePlus has only promised an Android 12 update for the phone, so it’s hard to tell if it’ll receive any future Android releases. Google, on the other hand, is promising up to three major Android releases and up to five years’ worth of security updates. So if you’re planning on keeping your phone for at least a few years, then the Pixel 6a might be the one to buy.

Yes, the Pixel 6a costs significantly more than the OnePlus Nord N20 but this match-up makes a lot of sense as they have a lot in common. For instance, both phones have an AMOLED panel with a 60Hz refresh rate and the same memory and storage configuration for the asking price. The OnePlus Nord N20, in fact, is slightly better when it comes to the battery as it has a bigger cell that’s capable of charging faster. If you don’t mind using a slightly less powerful phone with a mediocre set of cameras, then the OnePlus Nord N20 could be a good fit for you. It also supports 5G, has a decent build quality overall, supports fast charging, and comes with a charger in the box too.

But all things considered, it’s safe to say that the Pixel 6a is the better phone in this comparison overall that checks more boxes than the OnePlus Nord N20 does. The Pixel 6a will perform better for all practical use cases, it’ll last you longer with better software support, and it also has much better cameras overall. The Nord N20 5G isn’t a bad phone, but it just happens to lack the fit and finish of the Pixel 6a for its price. The Google Pixel 6a is one of the best mid-range smartphones out there with Google Tensor and a high-end camera. The OnePlus Nord N20 5G looks to succeed the Nord N10 in the US market with a slightly better design and improved internals.

If you’re constrained by budget, the OnePlus Nord N20 makes sense. But if you can afford to shell out the extra $100-$150, the Pixel 6a makes better sense.

So which smartphone are you planning to buy? Let us know by dropping a line in the comments below. You can also check out our collection of the best Pixel 6a cases and even the best Pixel 6a deals to see if you can snag a good discount on the phone, as it is often on $50 discount on Amazon.

XDA » Mobile » Google Pixel 6a vs OnePlus Nord N20: Which phone to buy?