Google has finally shuttered the Google Play Music Store, bringing sales of downloadable MP3s to an end. The move had been announced in August after Google’s long and sometimes painful transition to its new streaming-only YouTube Music offering, though the option to upload your own library remains. The Google Play Music app remains active for most, but it too will be shuttered in the coming weeks, with full closure, globally by the end of the year.

Whilst most people have moved over to streaming media – from YouTube Music, Spotify, or another of the growing variety of streaming services, there are still a fair few people who prefer to “own” physical files – and their options are dwindling, fast. Don’t fret though, we’ve got you covered. Here are a few of our favorite surviving music download services:

As well as offering music stores for a variety of white label clients including Samsung and Onkyo, 7Digital still offers a globally-available, branded store offering major label releases and independents – most in 320kbps, some even in FLAC for an additional fee. The Android app is one of the more polished out there, making this a great place to start if you’re not ready to switch to streaming. 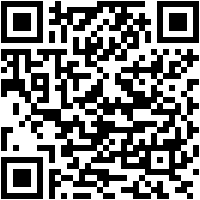 Although eMusic is one of the longest-surviving services, it has suffered from a mixture of neglect, restructuring, and most strikingly of all, losing its deals with the major labels. If you’re looking for new music from upcoming artists, it’s still great, but don’t expect to find the new Taylor Swift album. eMusic is cheapest with a subscription, which buys you credits to spend each month, though ‘a-la-carte’ is also available. It’s a great value option for discovery and even offers a cloud locker, but isn’t an option for a “daily driver” service and the app is very basic. 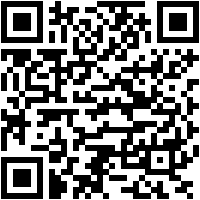 Although primarily a streaming service now, Amazon Music still sells mp3s for download. Although it has one of the widest ranges out there (as you might expect), files are only served up to 256kbps. Most people won’t notice, but audiophiles won’t be satisfied. As with most Amazon apps, the Android offering is pretty slick and that alone might be enough to persuade you that this is the way to go. Also worth noting is that you can no longer upload your own music, so as a replacement for Google Play Music, it’s a non-starter.

Somewhere between eMusic’s random indie offerings and the all-singing-all-dancing services comes Bandcamp. What we love about them is that you often deal directly with the artist – no record label taking a cut. In fact, during the pandemic, Bandcamp has been waiving its own commission and passing all proceeds to the musicians. You won’t find every artist on here, but you’ll often find great acts use the service, many on a “pay what you can” basis. All downloads are offered in your choice of format – variable, fixed and yes, FLAC are offered as standard. If this has what you want, it’s definitely the way to go. 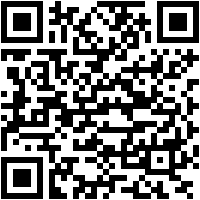 If you don’t mind a more fiddly approach, why not buy CDs and rip them? You get complete control over the format, and quite often, you can pick up a used CD on Amazon or eBay for pennies. Then, you can either store the files on your device, or in the cloud. There are loads of Android music player apps that can access files from services like Google Drive, Dropbox, and Box. Cloudbeats and DoubleTwist are great examples that offer many Google Play Music features. When you’ve ripped the CD, you can always sell it again! (though check local laws – some territories don’t allow this).

If you have music stored on Google Play Music, you will only have 30 days from closure in your territory to either transfer it to YouTube Music, or download it with Google Takeouts. Don’t lose your music collection! Check out our guide on how to download your Google Play Music library here.