At Google I/O 2022, Google and Samsung announced Health Connect, a new unified platform and API that aims to simplify interoperability between fitness and health apps.

The new Health Connect APIs will allow developers to securely access data from different fitness apps, devices, and wearables to build richer app experiences. It provides a single interface for app developers to read and write a user’s health and fitness data. Users will be able to control which apps can collect and share data, with the ability to shut off access or delete data at any time. Google says all data will be encrypted and stored locally on your device. Health Connect supports several common health and fitness data categories such as activity, sleep tracking, body measurements, vitals, heart rate, and blood pressure. In situations where there are multiple fitness apps providing the same data, users can decide which source they want to prioritize. As for consumers, this means that if you save your health data in the Fitbit app, you could, in theory, also access all of it in your Samsung Health app.

“With user permission, developers can securely read from and write data to Health Connect, using standardized schema and API behavior. Users will have full control over their privacy settings, with granular controls to see which apps are requesting access to data at any given time. The data in Health Connect is all on-device and encrypted,” wrote Chris Wilk, Product Manager, Google, in a blog post.

These new APIs are now available to all app developers via Android Jetpack. Samsung Health, Fitbit, Google Fit, MyFitnessPal, Leap Fitness, and Withings will be among the first Android apps to adopt Health Connect.

If you’re an Android app developer and want to leverage the new APIs, you can find the official documentation here. For more details, check out the Google I/O session on the new APIs linked below, which explains how developers can utilize the Health Connect API to build new fitness and health experiences.

The Health Connect app is currently available in early access on the Google Play Store, though keep in mind that it doesn’t appear partner apps have been updated to support it just yet. Nevertheless, there’s nothing wrong with having it ready! 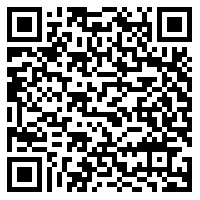