Google Stadia launched almost two years ago in November 2018, and while many of the platform’s original issues have now been fixed, the lack of proper TV support has remained consistent. Google didn’t even have Stadia available at launch on its new Chromecast with Google TV, which was released eight months ago. Thankfully for anyone using Stadia, Google is finally bringing the service to Android TV devices starting later this month.

Since the launch of Stadia, the only official method to play Stadia on a TV has been with the Chromecast Ultra, which is now discontinued. There hasn’t been much of an excuse for not supporting Android TV, but Google is finally addressing that. Starting on June 23rd, Stadia will be available for download on all Android TV devices (in regions where Stadia is available), including the Chromecast with Google TV.

The one catch so far is that, at least initially, only a handful of devices will be officially supported. Stadia can still be installed on unsupported TVs and streaming boxes running Android TV, but you’ll get a warning that performance might not be acceptable. The first batch of supported devices is listed below.

Google says you’ll be able to use the Stadia Controller or most other Bluetooth gamepads connected directly to Android TV. Keep an eye out for Stadia to show up in the Play Store on Android TV later this month.

You can now install, open, and play games through the Stadia for Android TV app — no workarounds needed. The Android TV app has been up on Google Play for a few days now, but opening it no longer says you need to wait before you can play (at least, it no longer does on my SHIELD TV Pro). The day has finally come, and Stadia has officially launched for Android TV. It’s a bit late if you ask us, but the more platforms, the merrier! 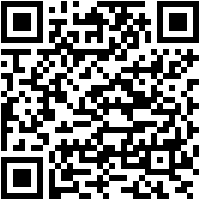 What do you think of the new iPhone 13, iPads, and Apple Watch Series 7?