A few months ago, Google quietly launched the “Switch to Android” iOS app on the Apple App Store. This is a dedicated companion app that guides users wanting to switch from a recent iPhone to an Android device. The launch was a quiet affair, and that was partially because the app supported only Google Pixel devices, which itself forms a very small base of Android devices out there. That is changing today, as Google has now announced wider support for the app, letting users move to all Android 12 devices.

The main highlight of today’s announcement is that the Switch to Android app on iOS now supports all phones with Android 12. While Android 12 remains a smaller percentage of the overall Android distribution, most new devices launched these days come with Android 12 out-of-the-box. And if they don’t, you should probably avoid them and consider alternatives. For iPhone users considering making a switch, the pool for a more seamless migration experience into Android is now wider. 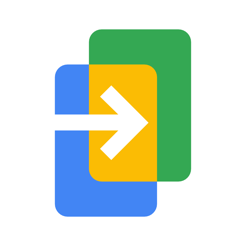 Once you have your shiny new Android device in hand, the Switch to Android app on iOS will prompt you to connect with your iPhone through a cable or wirelessly within the app. The app will then have instructions that guide you through the migration process, making it easy to transfer data like contacts, calendars, and photos over to your new Android device. The app also guides users on how to disable iMessage before making the switch, as this can be a pain point later on. Keep in mind, though, that your application data cannot be migrated between the two OS.

If you are an iPhone user and want to move to a device that is not on Android 12, you can follow our guide on how to migrate data from iOS to Android. The process isn’t as integrated and seamless as the first-party app from Google, but it will get the job done, which is what matters in the end after all.