Google is killing yet another service soon. After revamping Google Trips on the web last month, Google is preparing to kill off the standalone Android app in 2 months. The Trips app helps you plan vacations by consolidating information on sights to see, your flights, your hotel bookings, popular restaurants in the area, and more. The service even shows you the weather forecast during your travel dates. The best part of the service, though, is its integration with Gmail, which helps you kickstart your vacation research.

When Google announced the revamped Trips web service, the company didn’t mention its plans for the standalone Android app. Instead, the company said that Trips information will gradually become more accessible in other Google services like Google Search and Google Maps. Many assumed this meant that Google will be killing off the mobile app, and it turns out they were right. With the version 1.14 update to the Google Trips Android app, Google has added strings that hint at the upcoming sunsetting of the service. On a support page, the company has confirmed that support for the Trips mobile app will end on August 5, 2019.

As of now, users can still download the Android app from the Google Play Store. On August 5th, users will start seeing the message shown in the featured image above, which we activated ahead of the sunsetting. 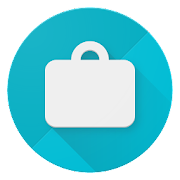 Once Google buries Trips in the Google Cemetery, we’ll let you all know. The company may release a blog post acknowledging the death of the app, or it may kill it off silently. Fortunately, the web service is pretty functional and beautifully designed, so I won’t miss it too much.

Working From Home can be Rough on your Body. Urikar Pro 3 Is Your Best Solution.

OnePlus Watch Review: A Promising First Attempt at a Smartwatch