There is certainly no shortage of camera apps on the Google Play Store. If you’re been a part of the Android ecosystem for any length of time, you’ve probably tried out several different camera apps besides the OEM ones. While there may be many to choose from — including the community favorite Google Camera ports — the vast majority of these apps are closed source and they don’t necessarily put your privacy as a top priority. Now, the team behind the privacy-focused GrapheneOS project aims to fill the void by releasing their camera app to the Google Play Store.

Dubbed as Secure Camera, the GrapheneOS camera app takes merely 5MB space after installation. It utilizes Google’s CameraX Android library, hence the camera app can seamlessly utilize vendor extensions. For example, if Samsung ships a CameraX night mode extension in its phones, the GrapheneOS camera will be able to use it. On supported devices like the Google Pixel lineup, zooming via pinch to zoom or the zoom slider makes use of the wide-angle and telephoto sensors out of the box. The app also supports QR code and barcode scanning.

As mentioned earlier, privacy is a big focus of GrapheneOS, so let’s talk about that. Here’s a list of privacy features present in the Secure Camera app:

Additionally, the developers have also uploaded the GrapheneOS PDF viewer app to the Play Store. Aptly named as Secure PDF Viewer, it takes privacy to a whole new level. The foundation of the app is based on pdf.js and content providers. In order to minimize the security woes, the PDF stream is fed into the sandboxed WebView without giving it access to content or files. As a result, the app doesn’t require any permissions to operate.

We won’t see a time in which a custom ROM distribution will push all of their first-party applications to the Play Store, but it certainly makes sense for a lot of them. Using GrapheneOS’ action as an example, there just isn’t a reason for them to limit updates for the core inbox application packages to OTA updates. This results in it taking the developers longer to get bug fixes and new features out to their users and that can be a big deal if someone has been putting up with an annoying bug or security flaw within the apps.

If you’re interested in these GrapheneOS apps, you can download them from the Google Play Store by following the links embedded below. For any app developers that read this, they are open source, so you can take a look at the codebase, submit new patches, or just compile the apps yourself. 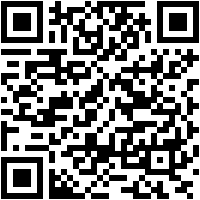 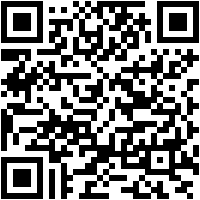