One of the very first apps I install on my devices after rooting them is Kernel Adiutor or another kernel tweaking app. With apps like these, you can quickly tweak most aspects of your device’s kernel: change the CPU/GPU frequencies and clock speeds to your liking, change CPU/GPU governors to save battery or focus on performance, and much more. And by installing a custom kernel with additional tweaks, governors, improvements, patches, and features, these possibilities are unlocked and expanded even further.

These applications serve their purpose very well, and they’re widely used by our community. But these apps also have some drawbacks and certain shortcomings here and there: for one, you can’t switch between performance modes (governors and frequencies) automatically, meaning that you need to manually switch between battery/balanced/performance configurations every time you feel the need to change.

These and more shortcomings are exactly the ones Helix Engine is aiming to fill. Helix Engine is NOT a kernel management application, and it bears little to no resemblance to something like Kernel Adiutor. Rather, it is an accessibility tool developed by Team Helix, the same team of developers who brought the Helix Kernel (for the HTC 10 and OnePlus 5) to life. The concept behind the Helix Engine is pretty simple: taking advantage of accessibility services, the app can detect package names and apply profile configurations to automatically switch between battery/balanced/performance modes whenever a specific app is started. You can set battery-efficient settings on social media apps to get the most out of your phone, or you can set the performance mode whenever a game is started, so you can get buttery smooth gameplay. The app brings predefined settings for specific apps, preselected specifically for your device/processor, as well as predefined profile data, both of which you can change to your liking. If an app is not defined in either the battery mode or the performance mode, it will default to the balanced mode. You can also whitelist specific apps—meaning, if an application is whitelisted, no scripts will run while it’s in use, behaving the same as if the Helix Engine was disabled. The current beta version of the app can currently be used on all ARM64 devices, no matter the Android version, firmware, or kernel. The Helix Engine is also compatible with both EAS and HMP kernels, meaning that a custom kernel should be a non-issue.

The concept of the Helix Engine actually has a backstory: it was originally written in C as an executable binary, with the original algorithm simply reading from a prewritten list of battery/balanced/performance apps and capping frequencies depending on the package name. The Helix Engine was meant to be baked into the team’s Helix Kernel—developed by XDA Senior Member ZeroInfinity for the HTC 10 and XDA Recognized Contributor Mostafa Wael for the OnePlus 5—but this version never made it to primetime. Since then, it was transformed from this executable binary into an Android app which is not kernel dependent and is universal for all ARM64 devices.

As of now, though, the Helix Engine still has certain shortcomings, which are being addressed one by one. On its first versions, it was only compatible with the Snapdragon 8xx series of SoCs, meaning that mid/low range processors like the Snapdragon 625 and the Snapdragon 430/435—which are more widely used than their flagship alternatives—wouldn’t be able to benefit from the Helix Engine. The newest version of the app strips down a lot of tunables and other things in order to ensure universal support for all devices, while allowing users to customize profiles, revamping the homepage UI, and further optimizing the code to ensure it runs fast and efficient for every user out there.

The Helix Engine still has a lot of space for improvement. After all, it’s still a beta, so it’s expected to lack some things and have the occasional bug. But if you’re interested in squeezing out the best battery life possible off your device—or the best gaming/benchmark performance possible—then this is probably the best option available out there. And with an awesome team of developers behind it, it’s sure to get substantial improvements in the short run. You can download Helix Engine to your device by either downloading it from the Google Play Store or going to the official thread in our forums. 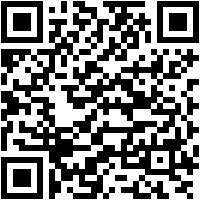 We’re also giving away 5 promo codes for the premium version of Helix Engine, which allows you to view system apps, search through app lists, and back up app lists and profile data. Just leave a comment below with your XDA Forum Profile and check your private messages for a code—we will be handing them out randomly!

All codes have been handed out! If you got lucky, you should have a private message in your inbox containing a promo code for Helix Engine. Thanks for participating!

Note: this article is not sponsored in any way by the developers of Helix Engine. The developers are active contributors on our forums and as a courtesy, we generally cover applications, modifications, or anything else made by active members that we think our readers might be interested in. If you have shared something on our forums that you think deserves a shout out on the Portal, send us a tip.