We’ve been living with notches at the top of our smartphones for a couple of years now. There have been features embedded in the software to help reduce the user from noticing these notches, but it’s clear they are there. Samsung, among other OEMs, has started to use a cutout hole for the camera and sensors instead of the notch. This has been a divisive strategy for the company, but it’s something that has created a trend to include the camera cutout as part of the wallpaper itself. Now, there’s a new application from ex-SuperSU developer Chainfire called Hidey Hole that helps you create these types of wallpapers.

This new trend of blending the camera cutout with the wallpaper is quite interesting and it has resulted in a number of great wallpapers. We’ve seen popular choices for the Galaxy S10 and S10e using Baymax from Big Hero Six, R2D2 from Star Wars, Homer’s pink donut from The Simpsons, and more. On the other hand, the Galaxy S10+ has had some standout options as well with Bender from Futurama being one of the first. Followed along with others including Wall-E from the Disney movie, Johnny 5 from Short Circuit, and more.

The trend has caught the Galaxy S10 scene on fire with XDA Moderator Emeritus and Senior Recognized Developer Chainfire joining in and creating a new application. We haven’t seen much from Chainfire since he stopped working on SuperSU, but he has been busy with his own applications and some outside projects. He recently published a new application in the Play Store called Hidey Hole that helps people create new wallpapers for the Galaxy S10 series. The application is in its early stages right now with a lot of work to be done, but so far he has been able to add the following features: 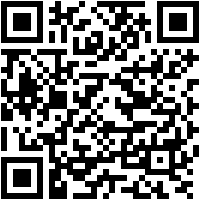