Contrary to popular belief, there is a third player in the Global Smartphone Market. No, it is not BlackBerry. Sure BlackBerry is technically #3 in terms of market share, but their decline and eventual dismissal shows up on every fortune teller’s Tarot cards. Microsoft used to rule the marketplace prior to 2007, at which point they evidently chose to take a nap. Fast-forward to 2012 with version 8 of their mobile OS rolling out, and you’ll find Microsoft is waking up and deciding to join in the game once again. So with that, we present to you the Windows Phone of the Year. 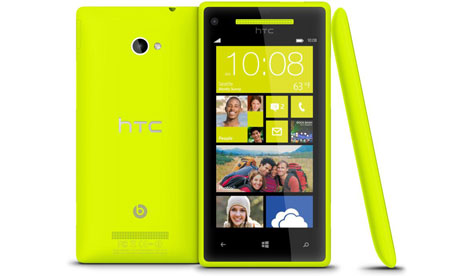 HTC made Windows Phone popular, and now they bring a very colorful smartphone packed with Windows Phone 8. The 8X matches up well with the specs of its counterparts on Android, squeezing a 4.3-inch 1280×720 Super LCD2 display with 342 ppi covered in Gorilla Glass, a 1.5GHz dual-core Snapdragon S4 processor, an 8 MP rear-facing camera, a 2 MP front-facing camera, 1 GB RAM, and 16 GB of internal storage into a very compact and colorful 10 mm case.

If you’re looking to re-experience Windows as a mobile OS, this would be where to begin.