Home Assistant is an open-source home automation software that centralizes your smart home devices and lets you control and manage everything locally. It’s a great alternative to solutions like SmartThings and HomeBridge and is available on pretty much all platforms including Windows, macOS, Linux, Raspberry Pi, and more. An Android app was released in 2019, and now the team has just released a new update that adds support for Wear OS.

The Home Assistant team on Monday released a Home Assistant companion for Wear OS, allowing users to control their smart devices and more right from their wrist.

Happy Monday, especially to all Android users out there! Today we’re releasing a beta of the the Home Assistant companion for Wear OS.

There are also a *ton* of new features for the Android app. Check out highlights and latest release notes on the blog: https://t.co/KPQOgEmcJI pic.twitter.com/mRzXxT2Jko

The app is currently in beta with the stable release coming sometime next year. The team says the reason why they’re keeping the beta label is that “there’s more work to be done and some of the underlying libraries being used have not received a stable release yet.” Users can log in to the app using the watch or open the Android app on their phone and head over to App Configuration. There’s a Favorites feature that lets you surface your most used entities at the top of the app for easy access. You can add or remove these entities from the Settings menu in the Wear OS app or the phone app. The Wear OS app also offers a Tile to quickly toggle or execute your devices without having to open the app. Up to seven entities to toggle and execute can be fitted inside the Tile. The team is also working on adding a UI to enable/disable sensors.

If you’re interested in trying out the Home Assistant Wear OS companion app, you can sign up for the beta test here. 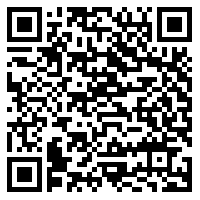