The Honor 20 Pro was launched at an event in London on May 21, 2019, bringing over the versatility of a quad rear camera set up along with top of the line specifications. The device was pitched as direct competition to other flagships in the market. XDA TV’s TK Bay put the camera on the Honor 20 Pro to the test against the recently launched OnePlus 7 Pro and the Samsung Galaxy S10+. Check out his video below and side-by-side photo analysis in the following article.

The Samsung Galaxy S10+ represents one of the better camera setups on a mainstream Android device. It brings a lot of versatility coupled with quality, but it’s one of the pricier phones on the market. The OnePlus 7 Pro goes lower on the pricing while trying to achieve similar versatility and a promise of good and detailed photos from the main sensor thanks to the use of the 48MP Sony IMX586. The Honor 20 Pro attempts to one-up the OnePlus 7 Pro with even lower pricing, more versatility, and theoretically comparable (if not better) photos from the main 48MP Sony IMX586 sensor.

The camera specification sheet is definitely impressive for all three devices. Let’s find out if the real world performance delivers the same punch! In the first set of images, we can see the Samsung Galaxy S10+ providing us with arguably the “best” image, with a very good combination of color accuracy, saturation, exposure, and detail. There are hints of overexposure in a few spots, but the image overall comes out to be better balanced. The OnePlus 7 Pro, on the other hand, provides for an image that sees overexposure and a tacky sharpness. Several areas in the image see no detail because of being blown out, and the phone also appears to be struggling for a good spot to focus on. The end result isn’t a very pleasant image. The Honor 20 Pro loses out on color accuracy as it attempts to provide a more vivid photograph, but it does better with details and exposure than the OnePlus 7 Pro. For the telephoto camera, the Honor 20 Pro and the OnePlus 7 Pro get in close to the subject, while the Galaxy S10+ is unable to come as close. The image on the Honor 20 Pro is oversharpened and has a lot of mismatch between exposure levels. The OnePlus 7 Pro has an undersaturated shot, but it deals with exposure better and manages to capture details in the shadows. The Galaxy S10+ has a vibrant shot, and arguably the “best” image to look at, even though it may not achieve all the objectives of a zoomed in closeup. For the wide-angle camera, the Honor 20 Pro’s image appears to be washed out, undersaturated, and overexposed. The OnePlus 7 Pro’s are also undersaturated, and with the added negative of being oversharpened for details. Both of these are not very pleasant to look at. The Galaxy S10+ performs much better in this regard, with better color accuracy and an adequate amount of detail. In these images, the struggle for focus becomes much more apparent for the OnePlus 7 Pro (especially away from the center of the image), with the overall image coming out soft and lacking in details. The Honor 20 Pro performs considerably better in this one, with a better balance of details and exposure, but with a slight hint of oversaturation. Again, the Samsung Galaxy S10+ outperforms both the devices, picking in good details all around and handling exposure and saturation better. For portrait mode with the rear camera, we start off with the Samsung Galaxy S10+, which does an excellent overall job. The camera has a few faults with edge detection, especially with stray hair, but the overall image turns out to be well-balanced, adequately bright, and adequately saturated. The Honor 20 Pro performs similarly, with marginally better edge detection but with a hint of undersaturation. The OnePlus 7 Pro, on the other hand, performs horribly in this set. The image has a deeper zoom-in and has wildly inaccurate colors with a heavy yellow tint on the skin. While edge detection appears to be pretty good, that is perhaps the only saving grace as details continue to be lost, with the subject’s hair appearing softer in several regions. For front camera selfies, the Samsung Galaxy S10+ manages to come out as the clear winner, which isn’t surprising at all considering the additional hardware it has for dedicated depth sensing. The extra front camera gives it the best edge detection of the three devices and the strongest and most confident bokeh effect. The OnePlus 7 Pro picks itself up from the disastrous previous set, as the front camera selfie turned out to be pretty decent. Edge detection is not as great as the Galaxy S10+, as you can see that stray hair on the top gets blurred into the background and the details are lost to that end. There appears to be some measure of overexposure happening in the background, discernible amidst the medium levels of bokeh. The Honor 20 Pro performs well, with better edge detection than the OnePlus 7 Pro but with a much softer blur effect in the background. The Honor 20 Pro features a dedicated camera for macro photography, and its presence can be immediately felt. The resulting image has a decent level of saturation as the phone managed to capture the image with a good level of focus. Not a lot of details are discernible on the bug, but this could partially be attributed to the specific angle of the shot. The OnePlus 7 Pro lacks dedicated hardware for macro photography, so it falls back on the primary sensor. The resulting image is oversaturated and again, deviates a lot in terms of color accuracy. The Samsung Galaxy S10+ had an image that was darker than expected, but with appreciable details despite the lack of dedicated hardware (notice the pigmentation on the flower petals). For night photography, the Honor 20 Pro’s auto mode barely gets the job done with a rather lackluster shot in low lighting conditions. But with the Night mode enabled, the camera redeems itself by giving us a brighter image, better exposure in the shadows, and an okay level of detail (good considering the lighting condition). The OnePlus 7 Pro with its night mode does a marginally worse job, as most of its attention appeared to be focused towards the center of the image (a recurring theme for this phone), with large underexposed areas on the edges. Details also appear to be less pronounced. On the Samsung Galaxy S10+, the phone managed to switch to night mode automatically, which is a nice touch and takes the human out of the equation. The captured image, however, has a noticeable red tint on it and has very little detailing in the rest of the image. 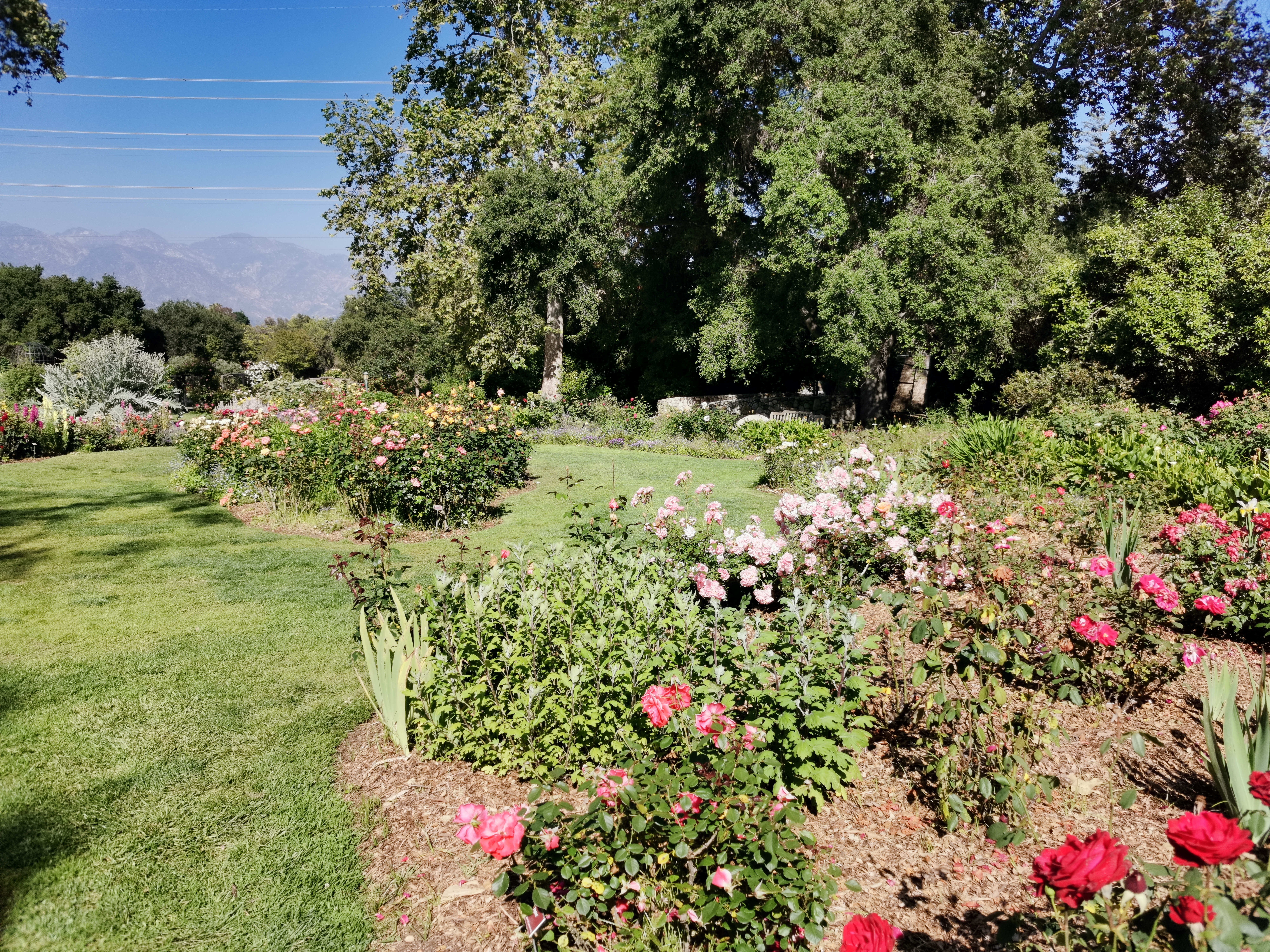 Both the Honor 20 Pro and the OnePlus 7 Pro feature the 48MP Sony IMX586 sensor, which allows them to shoot 48MP shots in Pro mode in the camera. While the resultant image lacks a lot of post-processing and you definitely need to touch them up through software, the detailing on the shots is appreciable. The Galaxy S10+ lacks the hardware to take such shots.

The Samsung Galaxy S10+ performs admirably in the camera department, which is expected out of a top-tier premium flagship. The OnePlus 7 Pro surprisingly disappoints with its hardware, as some of the results do not have a justified existence in what is an otherwise premium tier flagship with a now-premium price tag. The Honor 20 Pro mixes in the versatility of its camera setup with decent camera performance that often comes out on top of the OnePlus 7 Pro. With the added benefit of a lower price tag, you would be getting a sweet deal in an ideal world. Unfortunately, despite the hardware prowess on the Honor 20 Pro, its fatal flaw is the ongoing political drama surrounding Huawei, which means that most of the world may not get to experience the Honor 20 Pro at all. But if it does, we do know that we have a capable performeroin our hands.

What are your thoughts on the camera performance of these devices? Which of the three do you prefer? Let us know your thoughts in the comments below!