The Honor 50 is a pretty big milestone for Honor, as it is the company’s first smartphone with Google Play Services in a long, long time. After officially splitting away from Huawei late last year, Honor launched the Honor V40 series in China, which was then followed up by another China-only launch event in June where the company unveiled three new devices — the Honor 50, Honor 50 Pro, and Honor 50SE. The company has now launched both the Honor 50 and the Honor 50SE in western markets, and the big news is that both devices now come with Google Play Services preinstalled.

The Honor 50 has a full western release and can be purchased in Germany, France, Finland, the Czech Republic, and the United Kingdom. You’ll also be able to import this one to other European countries through the likes of Amazon, and it has a somewhat-high starting price of €529. About this review: I received the Honor 50 for review from Honor. Honor did not have any input into the contents of this article.

The bold design of the Honor 50 The Honor 50 packs a 6.57-inch Full HD OLED panel with a 120Hz refresh rate. It’s pretty severely curved on either side, much more so than other phones that I’ve used. It sits nicely in the hand and the palm rejection has been good, so I don’t have too many complaints about that. The front-facing camera is a rather large blotch on the display, though, and I wish it was smaller.

The back of the phone features a unique pairing of camera modules, comprised of two circles. The top module has a single 108MP camera, whereas the bottom module has a 2MP depth sensor, a 2MP macro sensor, and an 8MP ultra-wide camera. There’s also an LED flash too. The right-hand side has a power button with a volume rocker that sits above it. The Honor 50 has a mono speaker, with the single-fire speaker sitting at the bottom of the phone. It’s quite loud but sounds average, and I’m disappointed that the earpiece doesn’t double up as a second speaker. There’s also a single USB-C port, a SIM tray, and no headphone jack. There’s also an in-display fingerprint scanner, which is easy to reach with my thumb when I pick up the phone.

Overall, I’m a fan of the Honor 50’s design, and the curved edges combined with how light the phone is, makes it an extremely comfortable phone to use for long periods of time. Mind you, I’d typically prefer a flat display over a curved one, but the Honor 50 looks really good. The biggest issue I had with the phone’s display was that the always-on display just sometimes doesn’t turn on, and I can’t figure out why. I’ve enabled it and it sometimes works. But sometimes when the phone is sitting on my desk facing upwards, the always-on display fails to enable. Hopefully, Honor fixes this with a software update.

The Honor 50 features a 108MP main camera, and it also features an 8MP ultra-wide-angle camera, a 2MP macro camera, and a 2MP depth sensor. The 108MP camera uses a 9-in-1 pixel binning technique to create 12MP photographs, and it’s by far the only camera worth talking about on this phone. It’s capable of decent photographs from the main sensor, though it falls behind experiences offered by other manufacturers at this price point, especially when the other cameras on the phone range from passable to borderline useless. 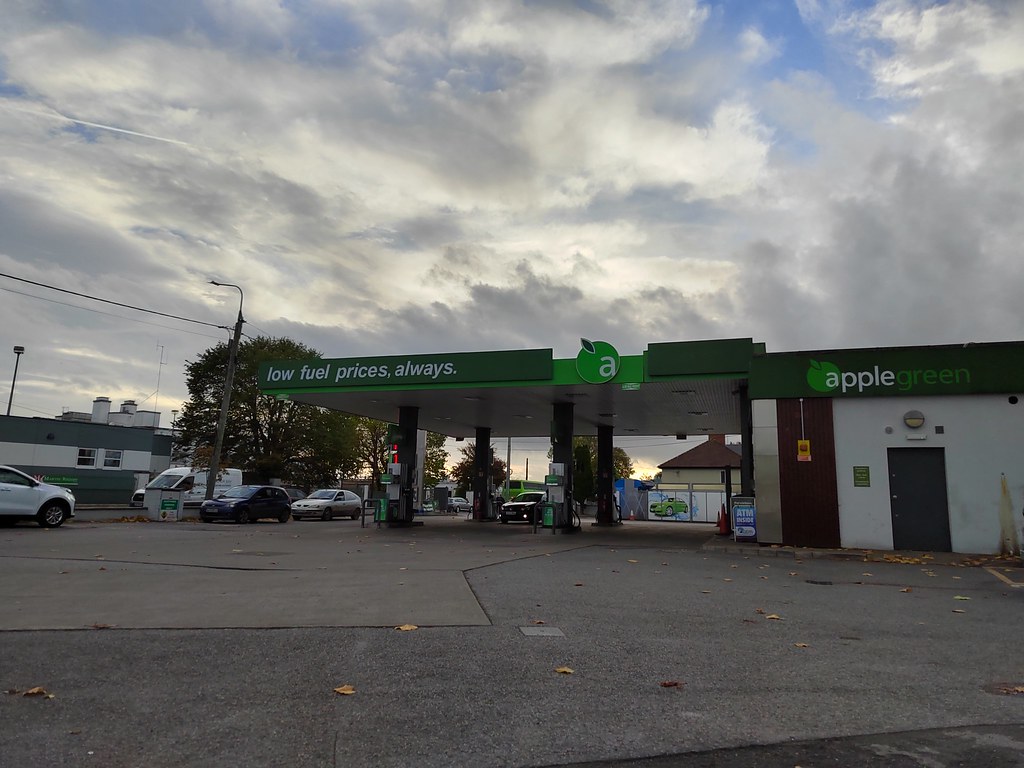 The headline feature of the Honor 50 is its inclusion of Google Services, something that we haven’t seen in a long time on an Honor smartphone. We’ve seen Honor smartphones preloaded with Huawei Mobile Services, and we’ve obviously seen Huawei devices that run HarmonyOS and EMUI that look more or less exactly like Magic UI.

Personally, while Huawei Mobile Services have improved leaps and bounds over their initial iterations, nothing beats Google Play Services for me. I use innumerable Google services in my day-to-day life, and it’s a blessing to finally be able to use them on an Honor smartphone without needing to jump through hoops or look for alternatives. I don’t have to think about using a Google service, or any of my favorite apps — they just work now as they do on the hundreds and thousands of other phones out there. I would like to reserve further judgment on the company until we see a proper flagship, but the Honor 20 Pro was one of my favorite phones at the time of its release.

The problem with Huawei Mobile Services wasn’t just that it wasn’t Google, it’s that there were still some teething issues that couldn’t really be solved. Any apps that used the Google Maps API couldn’t actually show the map, as it needed that integration. Installing apps that were not on the AppGallery was also often a cumbersome process, even if tools like Petal Search helped a little bit. Overall, it was difficult to hand an Honor phone to just anyone, as it definitely wasn’t what many consumers would be familiar with from an Android smartphone.

However, with all of that said, Honor can make and has made fantastic smartphones, but the Honor 50 with Google Play Services is more or less just another budget offering. Honor smartphones typically have great battery life, Magic UI has a lot of great features, and the camera has always been very impressive. I’m a little bit disappointed by the Honor 50’s camera as I expected more from the company, especially at this price range.

All in all, this is the first big return of Honor without Huawei’s support in the west, so I’m willing to wait and see what happens. I’m certainly optimistic about what it can do, and given that Magic UI was based on EMUI, I’m excited to see how it develops its own identity in the years to come.

In terms of gaming, the chip comes with the Adreno 642L GPU, and it supports select Snapdragon Elite Gaming features such as Variable Rate Shading (VRS) that helps game developers offer higher visual fidelity while reducing the GPU workload, and Qualcomm Game Quick Touch, which offers up to 30% faster touch response rate in games.

The Qualcomm Snapdragon 778G is an interesting chip, as it serves as a stop-gap between the upper mid-range and flagship chipsets. Everything basic that you’d use a smartphone for feels fluid and fast, and there’s nothing really more that I’d want from a chipset. You won’t be able to push your smartphone to its absolute limits through the likes of Wii and GameCube emulation, but for any normal smartphone user, this chipset is perfectly capable.

From all of our benchmarking, the Honor 50 is as good as the Snapdragon 778G allows it to be. All of these results are decent for this caliber of chip, and the storage speed is also quick enough that loading times in apps and games shouldn’t ever be a problem. The CPU throttling test is somewhat poor, as its lowest points are quite low. Even still, those are are levels of throttling you will really only face after a few minutes of pushing the CPU to its limits, be it either through gaming, or other means.

When it comes to audio, however, I’m disappointed. There’s a single bottom-firing speaker when we’ve seen smartphones at this price range (and much further below) launched with dual speakers. It’s not something I usually care about, but I know a lot of people do, and it’s something that I’m used to in smartphones at all price ranges at this point in 2021. On the bright side, the speaker does get quite loud, but the audio quality itself is just average. These are “smartphone speakers”, with every ounce of the stigma that that phrase carries.

At the very least, when it comes to battery life, Honor has nailed it yet again. The Snapdragon 778G is not a power-hungry chip like we see on the flagship end, and Magic UI’s software optimizations mean that this phone just sips battery throughout the day. Even better, the 66W charging brick that’s in the box (crazy, right?) can help to pick up the slack if you find yourself needing some juice in a pinch.

Conclusion: Honor’s big western comeback is a step in the right direction

If this were any other smartphone from any other company, there wouldn’t be a whole lot to write home about. €529 is a lot of money for what this phone offers when the likes of Xiaomi and even OPPO offer a whole lot better for lower prices. However, there are a few key advantages that Honor smartphones have inherited from their past owner, and those are what will make the company really shine. Camera prowess for one, and battery life being the second. The Honor 50 is a major return to western markets for the company, though it's not quite got the Honor flair just yet.

However, my initial stance still remains; this is a hard phone to recommend to just about anyone. It’s good in its own right, but there are phones like the Xiaomi Redmi Note 10 Pro that offer nearly as good specs for significantly less. The POCO F3 is another such phone, or even the OnePlus Nord 2. Whatever you value most in a smartphone, there seems to be something nearly as good as the Honor 50 in that department for significantly less money.

I like the Honor 50, and I’m really happy that Honor can again make use of Google’s Play Services. I’ve always been a huge fan of the company’s flagships, and I’m excited to see what’s to come. This is a step in the right direction, and there’s nothing I could see wrong with this phone as a mid-range smartphone — it’s just that there are phones as good for less. Nevertheless, I’m excited to see what comes next, and I’m really looking forward to testing out and reviewing Honor smartphones in the west again.