The Honor brand has made quite the name for itself over the past few years. Their smartphones have gradually made improvements in camera quality, but with the Honor View20, the brand has made a major jump from dual camera sensors to a strong 48MP Sony sensor with a 3D TOF sensor (more on that in a bit). The Honor View20 aims to change the perception that you need to spend close to a $1,000 for a great smartphone camera, and if I might give my opinion early, they did a darn good job.

First, let us go over exactly what the Honor View20 is packing. Instead of going with a triple camera setup like the Huawei P20 Pro or LG V40 ThinQ, or the dual camera setup like the OnePlus 6 or OnePlus 6T, Honor stuck with a single primary rear shooter. After all, this is still a more budget offering—though that word was significantly diluted in 2018. The sensor they decided to go with is the exciting 48MP Sony IMX586 1/2 “ sensor that uses a quad-Bayer setup and pixel binning to output 12MP images mated to an aptly sized f/1.8 aperture lens. There is a second “camera” on the back of the phone, but that is the Time of Flight (TOF) sensor that we should see on a lot more devices in the coming months for things like 3D shooting, enhancements for portrait mode, and face unlock systems.

Back to the IMX586 though, you would normally see 48MP on a small sensor like the one found in the Honor View20 as a downside. Due to the sheer amount of megapixels on the sensor each micron pixel would receive less light. This is why a bigger megapixel count isn’t always better and why camera sensors on smartphones really have not progressed much past the 12 to 20MP counts you find on most devices. Sony is looking to break through this self-imposed wall here at the more budget market; one of their more prominent mainstream attempts was the IMX600 found on the ultra-premium Huawei P20 Pro. The IMX586 uses a quad-Bayer arrangement that bins the output to 2×2 grids of each color, bringing the effective micron-pixel size to 1.6μm. Now, this is not a straight equation though, as the quad-Bayer array isn’t 1:1 so while Sony claims it is “equivalent” to 1.6μm it is likely marginally less than that. This means that normally you are going to be shooting 48MP images binned down in a 2×2 area to give you 12MP outputs (12MPx4 = 48MP) unless you choose the new AI Clarity mode, which we will be testing in this review. Around front, Honor is using a 25MP Sony IMX576 with an f/2.0 lens, and unlike the rear sensor does not use binning to improve the low light performance.

Now, let’s get to the actual shots. For this comparison, I was really looking at the quality difference between the 12MP default mode and the 48MP AI Ultra Clarity mode. I did take each image with the AI-enhanced 12MP mode enabled, and honestly, there is not a huge difference which is how I prefer it to be. I also took a lot of video footage encoded in h.265 at 1080p at 30 and 60 fps and 4K at 30fps. Unfortunately, the Honor View20 does not currently support 4K at 60fps on this device, but it makes up for it with some really excellent image stabilization at [email protected] and [email protected] settings. I took along a OnePlus 6 for this review, and I may from time to time mention it but this is not a comparison between the two—that will come later next week on XDA TV so stay tuned for that.

We will go through each image and discuss them, but here are the takeaways: The Honor View20 camera is what I would consider outstanding with excellent color reproduction, fantastic dynamic range, and excellent image processing. Those highs are offset with few, but noticeable, lows. Night modes leave a little to be desired with more noise than I would normally like to see present. Further, there can be a lot of sharpening and brightening going on giving finer details more prominence that can actually be rather distracting in some scenarios—this affects both AI and standard shooting modes. In video, the lack of [email protected] will affect a few cases, but is more than made up for by what I consider one of the best image stabilization I have seen, and this is without significant sensor cropping. This is somewhat offset by a dynamic range issue which tends to overexpose a lot of details, especially the front camera, and being able to offset this with an exposure compensation setting should be available to the end user and would largely rectify this issue. 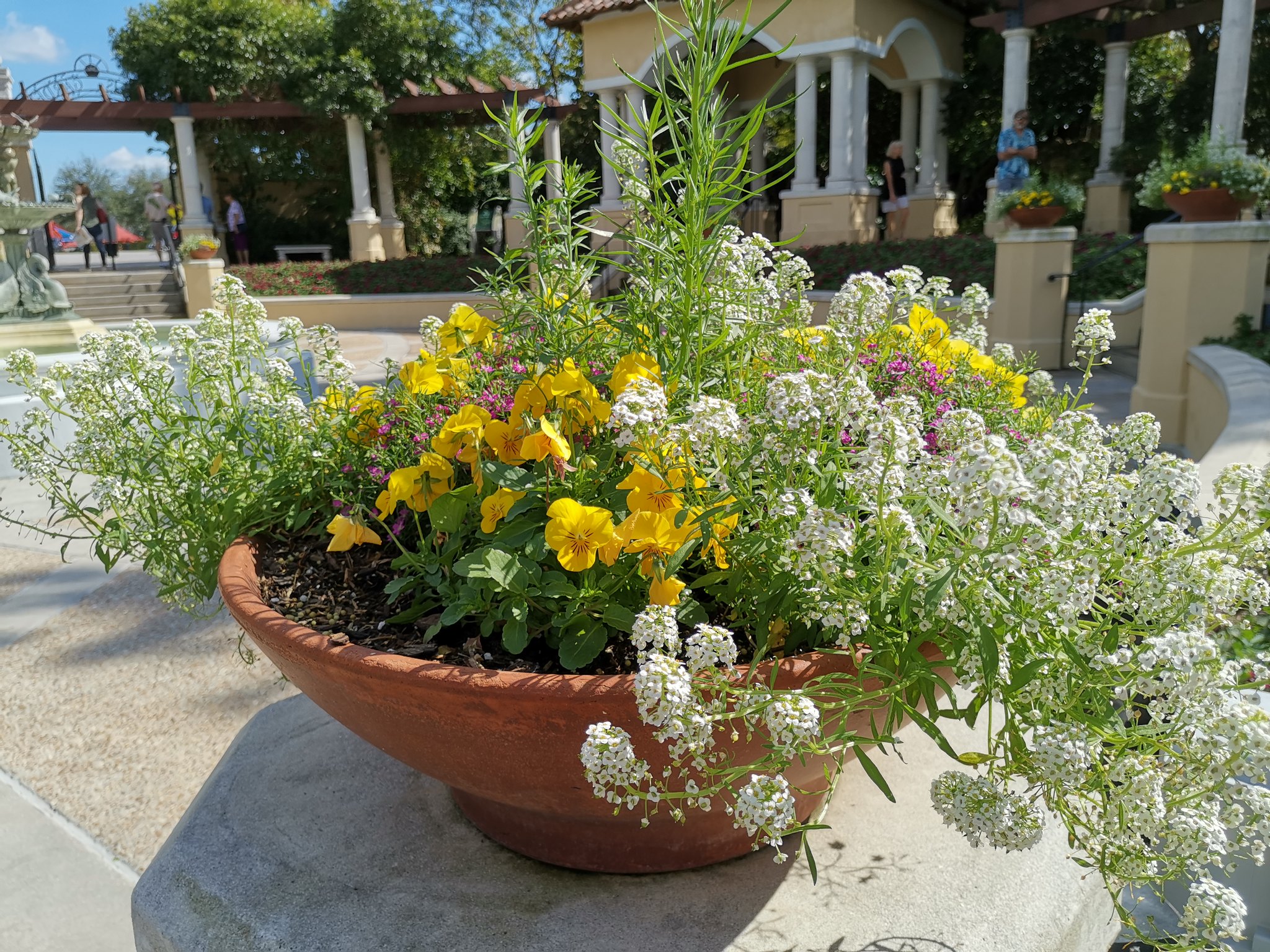 Our first image in our testing is this potted plant with yellow and white flowers. This is a very bright setting, with a lot of colors and background details that would normally distract from the main subject. The f/1.8 lens is what I feel is ideal for smartphones; it lets in good light and isn’t so large that detail becomes a problem. The Honor View20 boosted some of the shadows here, a common trait of the phone, but it doesn’t do so in an overly distracting way. A histogram of this image shows excellent balancing of colors without clipping on any color or level. The 48MP shot shows what this sensor is without the processing Honor uses. It is still a very nice photo and while it is more true to life, it is a little less appealing to all but the purists at heart. The normal AI mode tuned the white balance a little, darkened the shadows, and made the yellow flowers a little more lifelike in color. Overall, it is a toss-up between the normal and AI-enhanced 12MP images as they are both excellent. 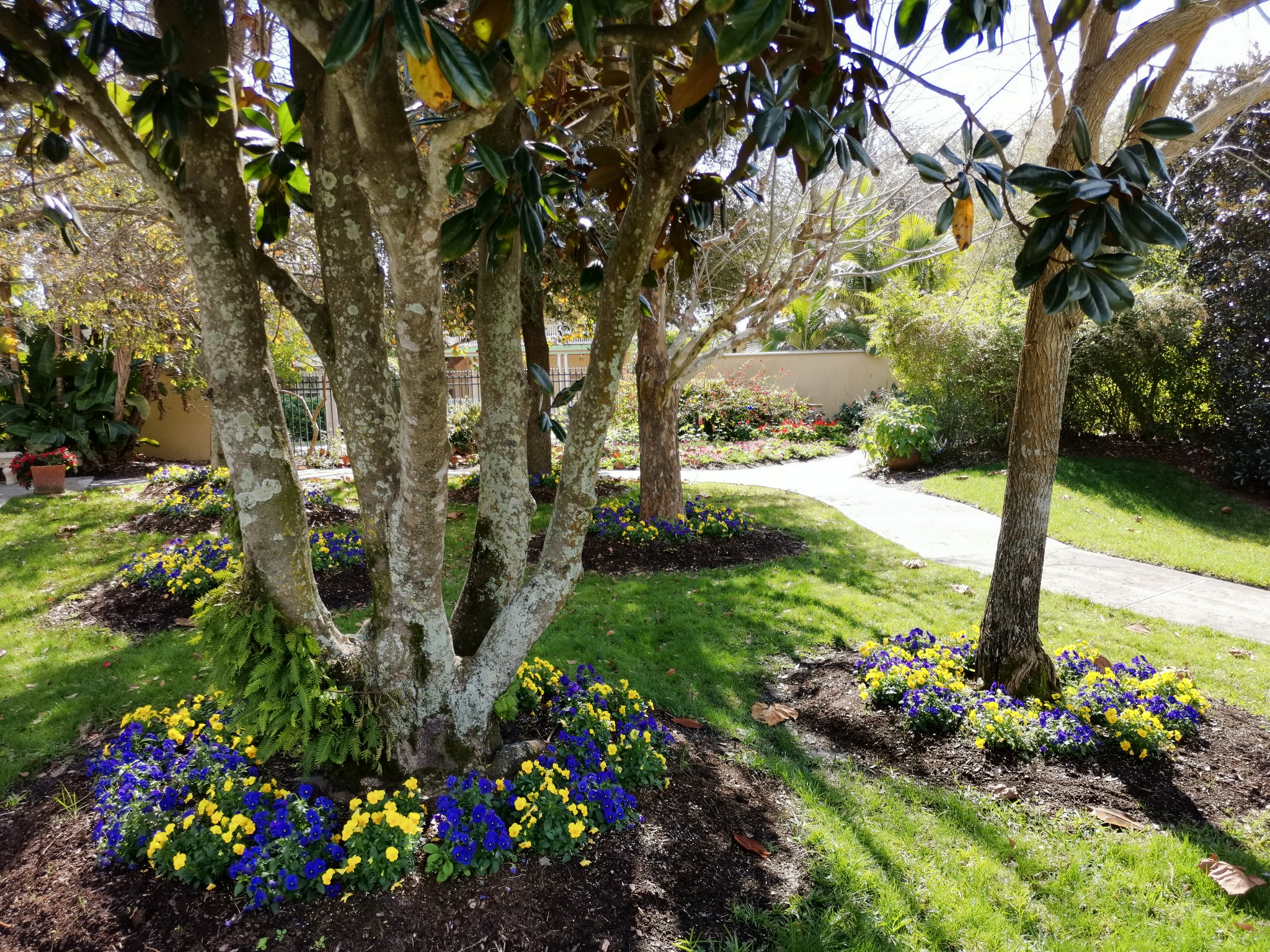 This next shot is rather tricky, and again the Honor View 20 did an outstanding job. The trees cast a medium shadow over the middle of the shot but between the branches on the upper right, you can still see and make out the blue sky. This is in contrast to what the AI mode did where it balanced the shot improperly and blew out the sky and the paved walkway along the right side. As with the first image, color reproduction is incredibly lifelike and the overall image is very appealing. Along those lines, the AI mode reigns the image in a little, bringing down the highlights and adjusting the colors. I was rather shocked with the AI mode as I expected it to behave like AI modes from LG and Samsung which serve to just oversaturate and overexpose. AI on the Honor View20 positively affects the image and I don’t really see a reason yet to have it disabled. The 48MP mode “missed” the shot, but in all honesty that is how it was in person with the sky being super bright and blown out, but exactly true-to-life isn’t always the most appealing end result as is the case here. 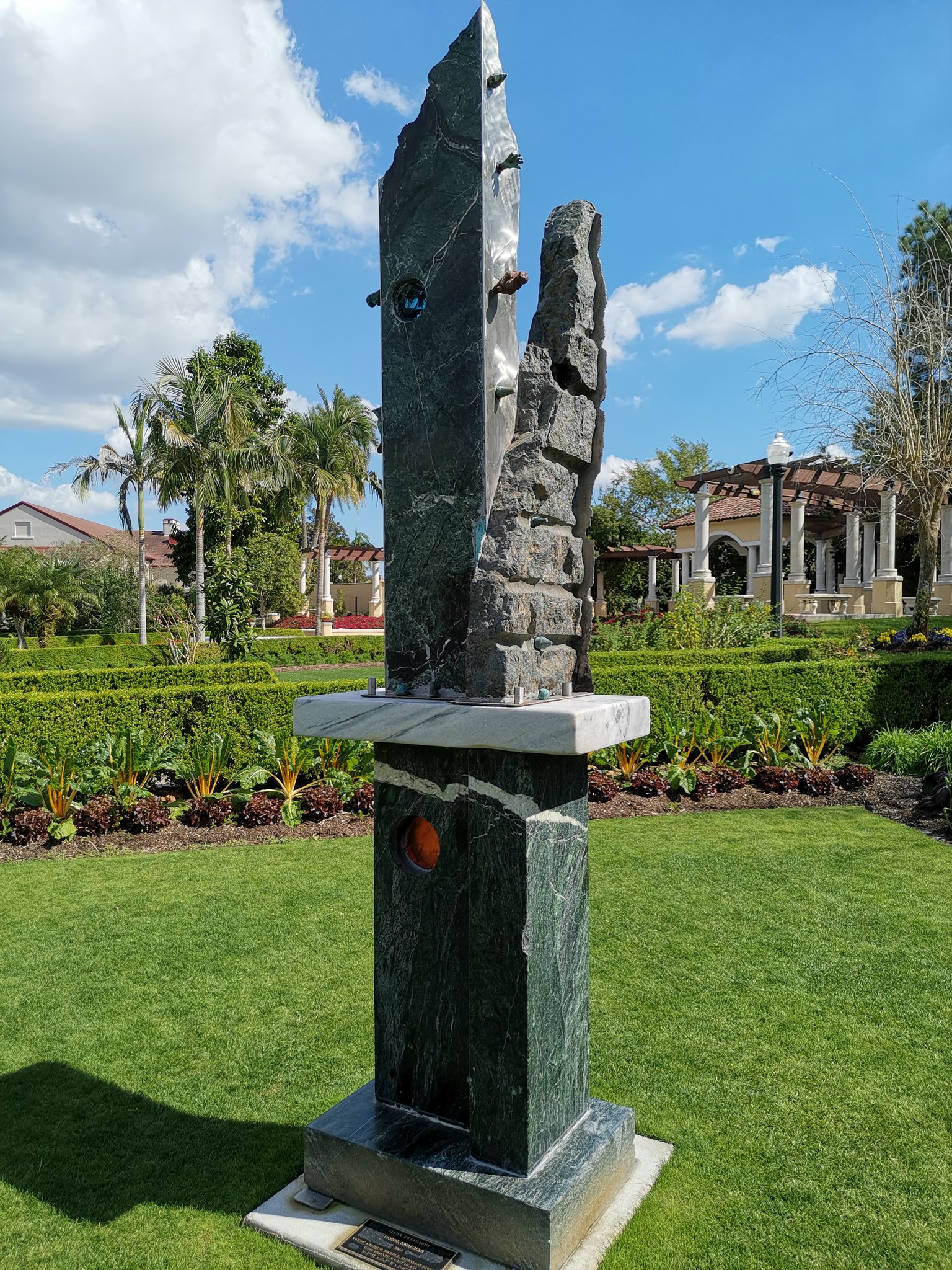 This next image of the rock statue again repeats the formula. Normal shooting mode is about 2-stops brighter in exposure with the AI mode reigning it in. The 48MP shot is quite different and what I wanted to highlight here is the level of detail and the accuracy of these details. I often wonder if more megapixels are really beneficial on modern smartphones where processing has almost surpassed raw image hardware, ie. the Google Pixel. Here is a good example of where more megapixels clash with image processing. On first glance of the zoomed and split image below, you might assume that the 48MP image is on the right since you can see more. However, the opposite is true. The 48MP image on the left is softer than the 12MP image but is far truer to life thanks to having more raw detail. The 12MP shot tries to make up for its lower quality image with processing, highlighted edges, and sharpening to deliver a similar effect—but more processing does not replace more data. All of that said though, the 12MP default mode and normal AI mode deliver a more appealing image overall, as long as zooming in 3x is not something you are desiring to do.