XDA Basics: How to Change the Font on Android smartphones

Smartphone owners don’t normally think about fonts. But if you’re really into customizing and personalizing your Android phone, fonts can help a lot. A simple font change can make your whole Android system look fresh and different. While on computers, installing a new font can be as easy as clicking a button or just pasting the new font files into the fonts folder, it’s slightly different on Android phones.

Thankfully a number of smartphone brands include the support for changing fonts; however, the number of available fonts can vary wildly. If your smartphone doesn’t come with built-in options to change the font, third-party launchers can help customize the look by a bit. Lastly, if you have root access, the sky is the limit. In this guide, we’ll talk about the various ways you can change the font on your Android phone.

The smartphone makers like Samsung, LG, Oppo, OnePlus, Vivo, and Xiaomi allow their users to change the system font. While other smartphone makers have a decent number of font options, OnePlus just offers two options – Roboto and OnePlus Slate.

We’re listing the steps to change the font on the phones from some popular smartphone makers below, but if you own a phone from another brand, you can try looking for an option under ‘display’ or ‘themes’.

Changing the font on Samsung phones

You can also download more fonts from Samsung Galaxy Store.

Changing the font on Xiaomi phones

Xiaomi lets its users download and install new fonts via the Themes app but unfortunately, the fonts are only available in select regions like India and Hong Kong. If you don’t live in these regions, you can change the region on your phone to India, and then download a new font. Changing region also means you’ll now get the software updates meant for that region.

Changing the font on Oppo phones Changing the font on Vivo phones

Changing the font on OnePlus phones

Changing the font on LG phones Using a launcher to change the font

If your phone doesn’t come with built-in support for changing fonts and you don’t want to root it, you can use a third-party launcher like Nova to change fonts. Unlike the built-in tools that change the font system-wide, launchers can only change the font for the launcher elements, not the full system. Similarly, other launchers also give options to change the font in their settings.

If you’ve gained root access on your phone, you can use apps like FontFix and iFont to download and install new fonts on your phone. Both apps offer hundreds of fonts to choose from. Make sure your phone is rooted before installing these apps, otherwise they won’t work for you. 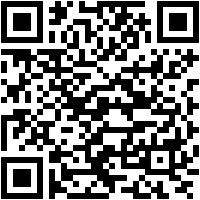 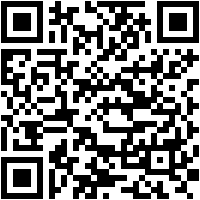 If you are comfortable working with a file explorer with root rights (make a backup before proceeding), you can also manually replace the TTF file in /system/fonts and change permissions to rw-r-r. Remember to name the newly placed TTF file the same as the previous TTF file in that location, and reboot your device when you are done.

These are the various ways to change the font of your Android phone. If you think we missed a great font app for rooted or non-rooted phones, let us know in the comments section. Meanwhile, if you’re wondering how to record calls on your Android phone, we’ve got you covered.

XDA » Tutorials » XDA Basics: How to Change the Font on Android smartphones