Amazon’s $130 Echo Sub isn’t a standalone smart speaker like many other Echo devices out there. It’s a 100W subwoofer that’s meant to provide bass for an existing audio setup. You can connect the Echo Sub to either a single or up to two Echo speakers and create a group to play the same audio on all three of them for a full stereo setup.

Thankfully, the setup process for the Echo Sub itself isn’t too tedious. You can get it up and running with just a few taps, but there are a few things to keep in mind before pairing an Echo Sub to a compatible Echo device. Well, that’s exactly what we’re going to check out in this article. Here’s how to pair an Echo Sub to an Amazon Echo speaker to greatly improve your music experience.

You’re going to need a couple of things before you’re ready to pair your Echo Sub: 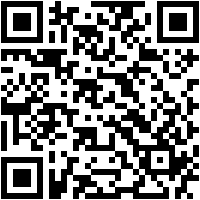 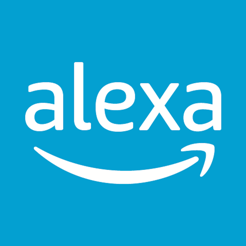 That’s it, you’re all set to connect your new Echo Sub to the Alexa app and pair it with a compatible Echo device. Here’s a complete list of Echo devices that are compatible with the Echo Sub:

Before you try pairing an Echo Sub, you’ll need one of these compatible Echo devices on your Amazon account. Make sure the existing Echo speaker is already online and ready for use. We’ll pair the Echo Sub to an Echo Dot (4th gen) in this tutorial, but the setup process is going to be the same for all the Echo devices mentioned above.

How to set up the Echo Sub

Once you have all the prerequisites in place, you’ll have to connect the Echo Sub to the Alexa app before pairing it with another Echo speaker. Here’s how to do it: How to pair the Echo Sub with an Amazon Echo speaker

Now that your Echo Sub has been added to your device list in the Alexa app, you can follow the steps below to pair it with a compatible Echo speaker: If you followed all the steps carefully, then you’ve now paired your Echo Sub with your existing Echo speaker. You can test the connection by playing music on your preferred streaming platform. Make sure to select the right group to play music on all speakers.

Pairing an Echo Sub with your existing Echo speaker(s) is a relatively simple task. However, the connection itself can be a little finicky at times. A lot of users face connectivity issues while trying to pair the Echo Sub. If you get a network error while pairing the Echo Sub then we suggest you deregister both devices from your account and start the pairing process all over again. After first registering each of them on the same Wi-Fi network. As we mentioned earlier, just make sure your Echo Sub and the other Echo device are connected to the same network, otherwise, it won’t work.

If you don’t have a compatible Echo device to pair with the Echo Sub then you can pick one up right now as most of them are readily available on Amazon. You can also pick up the Echo Sub as a part of a bundle along with either Echo Studio or a couple of Echo Dot speakers. The Amazon Echo Sub is a 100W subwoofer that works with your existing Echo devices to enhance the overall audio experience. The Echo Dot received a much-needed facelift with its fourth revision. It's now a speaker ball that also has better audio output compared to its predecessor.

XDA » XDA Tutorials » How to pair an Echo Sub with an Amazon Echo speaker: A step-by-step guide