The HTC U11 and U11+ are departures from their predecessor, the HTC 10. Both drop the aluminum unibody construction in favor of a 3D glass back and a metal frame, and have another unique feature, Edge Sense, which actives shortcuts when you squeeze the phones’ sides. Unlike the Active Edge functionality on the Google Pixel 2, HTC’s Edge Sense is highly customizable, and it’s only gotten better since its release.

The core functionality of the Launcher hasn’t changed — squeezing the sides of the HTC U11 and HTC U11+ brings up apps, contacts, and quick settings. The radial menu can be customized up to five levels, and the update adds the ability to tap and hold icons to edit their position. There are more shortcut options now, too: You can choose from shortcuts that activate battery saver, auto-rotate and Wi-Fi hotspot.

The new Edge Launcher also adds the ability to open the radial menu from the lockscreen — before, it could only be opened when the phone was unlocked. It’s worth mentioning that you still need to unlock your phone if you want to launch an app or shortcut from the lockscreen, unless Smart Lock’s Trusted Places feature is turned on.

HTC U11 and U11+ owners can download the updated Edge Launcher from the Play Store. 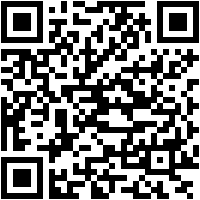