If you’ve ever used an e-ink display, it was probably on something like an Amazon Kindle. They have a few advantages over normal displays, though they’re very specific. They’re capable of wide viewing angles with a really low power draw and exceptional daylight visibility, but the advantages stop right about there. Aside from their intended purpose — reading text — e-ink displays are not really good for anything else. They have low refresh rates, image ghosting, and are typically monochromatic. Huawei recently launched the MatePad Paper, but the interesting thing is that it runs HarmonyOS, meaning that you can sideload Android apps on it, too.

Note that during the course of this review, Huawei contacted me and told me that a software update would be rolled out to fix a number of problems that had been reported, and asked me if I could wait before publishing this review. Most of this review was written on that older software version, but where problems have been fixed, I have said as much. Should you buy the MatePad Paper? It’s complicated. If what you want is a premium e-reader with more versatility than just a Kindle, then the MatePad Paper is worth a look. If you also want to take notes using the included pen, it’s good for that too, though I’m not sure why you’d want to. It’s a bit of a random feature to have, to be honest.

However, if all you want to do is read books and you don’t care how, then honestly, just get something cheaper. This is far too expensive for just reading books and comes in at over twice the price of the Kindle Oasis. For context, a Kindle Oasis (the highest-end Kindle on the market) costs €229. The Huawei MatePad Paper retails for €499 in Europe, which is significantly more expensive. Huawei’s offering will give you more features and last just as long, but it’s up to you if it’s worth the additional investment. The Huawei MatePad Paper is a Huawei competitor to the Kindle Oasis, and it packs everything and more that you'd expect from an e-reader. Not only that, but it has HarmonyOS too, with support for all of your favorite Android apps. About this hands-on: Huawei sent us the Huawei MatePad Paper on the 30th of March, 2022. The company did not have any input into the contents of this hands-on. The Huawei MatePad Paper is an interesting device for a number of reasons, and there’s a lot to like about it. It’s a neat blend between an Amazon Kindle and an Android tablet, and Huawei is positioning it to be exactly that. It’s significantly more expensive though too, which is why there’s more than just the device itself.

In the box, you get both the Huawei M-Pencil and the Huawei Folio case. If you don’t want to use the tablet with the folio case, the tablet has a larger bezel on the left side for holding it while using your right hand to switch between pages. The M-Pencil can be used for taking notes, and it’s instantaneous when writing on the display. You also get access to AppGallery, meaning there’s a pretty wide selection of apps to choose from, and you can install APK files too online. To be clear, given that it’s an e-ink display, you’re going to have a very different experience than a typical Android-based device. We tried loading Genshin Impact on it to have some fun, and the results were less than desirable. Some other apps barely work, and the low refresh rate makes any kind of scrolling difficult to achieve. I was able to connect the device to my computer and control it using scrcpy on an older software version, though an update received on the tablet recently broke it.

The tablet itself comes with a pair of speakers that are optimized for spoken word, and not for playback of normal media such as music. Think podcasts and audiobooks.

Other hardware includes the power button doubling up as a fingerprint sensor, a backlight for the display with 32 different levels of brightness, and the screen itself has a paper-like texture. This makes it comfortable for swiping on and writing on, making it feel a little bit more authentic than just a normal tablet. The beauty of e-ink as well is that it’s easier to use in direct lighting, meaning that you can take it outside in the sun and not have any visibility problems in using it. Huawei’s software is quite heavily modified for this display, and you can take a look at some of the screenshots below. Screenshots come out in full color, though the entire UI is designed to be completely monochrome, anyway. It’s nicely laid out for the display and looks really good. Using this device as an actual e-reader wasn’t possible for me before the most recent software update. Lots of book browsing options didn’t load, except for the ones that did — but only in Spanish. This was rectified, and while I still get a load of Spanish suggestions when browsing the book store, there are also English-language options too that weren’t there previously.

However, I’ve also found that you can load ePub files and others through the likes of ReadEra to great effect, and it’s just as good of an experience as it would be on a Kindle. You can export books from services such as Kobo for use on your Huawei MatePad Paper if you want to read an ePub file. I installed ReadEra using Aurora Store sideloaded, though the official Huawei Books app will open them just fine. The screen itself is rather annoying and cumbersome to navigate, so I used adb to install the Aurora Store APK file rather than downloading it on the device like I normally would. 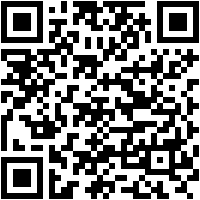 The Huawei MatePad Paper is an interesting product that’s essentially just a sophisticated Kindle, and I’m not sure how much of an appeal that really holds. It’s expensive, but it’s also a more premium experience than you’ll find pretty much anywhere else readily available. The hardware is fantastic, the speakers are loud and clear, and even the software is more versatile than you’ll get on other devices. If you’ve ever used a Kindle, you’ll get the MatePad Paper.

Is it all worth it, though? It depends. I found that Huawei’s own bookstore was rather limited, and I’d highly recommend using ePub files or other proprietary formats that you can read on Android through the use of third-party apps. The official Huawei books app can actually open them too, though if you’re going to go out of your way to export books from other services, you may as well use a more customizable — not to mention better — e-reader app. The Huawei Books app integrates with the system and essentially pins books to your launcher, so that’s admittedly going to be a better option if all you want to do is open a book and read it.

Given that it’s Android, you can also install Android apps, and those apps include the likes of Genshin Impact. Given the display’s low refresh rate, no games are playable. In fact, even using apps that scroll are pretty painful. Just because it works doesn’t mean you should do it, is basically the lesson learned here. Overall, this leaves the Huawei MatePad Paper in a weird place. I like it a lot, but the price is hard to justify except for the most niche use cases. No matter though, it’s a premium hardware experience, and it’s enjoyable for what it sets out to do.

The Huawei MatePad Paper is a Huawei competitor to the Kindle Oasis, and it packs everything and more that you'd expect from an e-reader. Not only that, but it has HarmonyOS too, with support for all of your favorite Android apps.