Improve the FPS in PUBG with GFX Tool for Android [Root]

Mobile gaming is all the rage recently and smartphones such as the Razer Phone, ASUS ROG Phone, and Xiaomi Black Shark are being released to capitalize off of that market. However, not all of us can afford (or want) these gaming phones just to play the latest mobile games. If you aren’t on the latest flagship device like the Samsung Galaxy S9, OnePlus 6, or Xiaomi Mi Mix 2S with the latest flagship chip like the Qualcomm Snapdragon 845, then games like PlayerUnknown’s BattleGrounds (PUBG) can have trouble running. But thanks to GFX Tool by XDA Member tsoml, you can drastically improve the performance of PUBG. If you’re interested on improving the FPS in PUBG, you can follow our tutorial below! Note that you will need root access for version 0.7. We recommend rooting your smartphone with Magisk.

If you’re wondering what kind of performance gains you can expect to see, it just about doubled the frame rates on the OnePlus 3 powered by the Qualcomm Snapdragon 820 and Adreno 530 GPU. We confirmed that our frame rate before making the changes was, on average, 26 at medium graphics. Afterwards, the frame rates hovered around 40-50 FPS on average. You should definitely see an improvement.

Update: We managed to fix the frame rate measuring and can confirm after applying these changes that we had an average of 36 FPS, with consistent 40-60FPS at nearly all times.

We would like to warn users that while it’s not likely, there is always a chance that the developers may change their stance and start banning users. On PC they have only ever blocked these visual tweaks, not banning users.

You’ll need to install and set up GFX Tool. Simply follow the Google Play Store link below and install it. 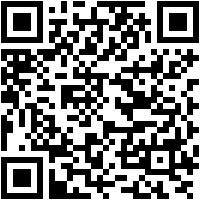 Use the image below and set each parameter as shown. We’ll be explaining what these do down below. This is the most important part about setting the application up. If you choose version 0.7, the application will request root access as it’s impossible to access the targeted FPS without it. Across the world and in Korea, though, version 0.6 is still the latest version released. You must check what version your game is before trying to run it through GFX Tool.

This part is pretty self-explanatory. The game on the OnePlus 3 runs at 1920×1080, so halving the resolution to 960×540 means a smoother downscale while also greatly reducing the number of pixels needing to be rendered.

PUBG has a number of graphics options available to users, but there are even more not shown to the user. You can enable super high fidelity graphics here that aren’t normally accessible, so you can give that a try if you want. Smooth is lower than usual graphics, so it helps to squeeze out some more FPS.

This is the maximum FPS that we want. You’ll want to set this to 60 unless you’re trying to avoid thermal throttling. The higher the value the better the fluidity, but the more power is needed.

Anti-aliasing often removes “jaggedness” of textures, but at the cost of performance. Disabling this will net you higher FPS.

Style refers to the saturation levels and colours in-game. You don’t need to worry about this setting as it’s purely cosmetic.

While disabling shadows may net you a higher performance, it’s often a poor idea to disable them in games like PUBG. They can be advantageous, so it’s better to leave it on “Skip” and let the game decide.

Vulkan refers to the usage of the Vulkan Graphics API which can improve performance but requires a supported device. The latest devices should support Vulkan, but if the game fails to start you’ll want to make sure this option is off. Attempting to use it on unsupported devices will make the game crash at launch.

Now, this is the simple—and fun—part. All you have to do is hit “accept.” The accept button will switch to a run game button, so then all you have to do is launch the game and you’re good to go. Once the game launches, you should see that your settings have applied as the resolution will be lower. Queue up a game and give it a test drive, you should notice it’s much smoother than before.

That’s about it! PUBG should run a whole lot better now. As we’ve already said, we managed to about double our FPS in our testing. Note that if it fails to work at first, you may need to reboot your device to get it working.

The main reason this works is because of the screen resolution shrinking, and if you want to apply the same changes to other games you can use an application like Screen Shift.