In Defense of TouchWiz: How the Kitchen Sink is Getting Cleaner

Without Excusing the Inexcusable

Samsung’s approach to mobile evolution has largely consisted on a strategy that not many agree with: throwing everything at the wall to see what sticks. While this often results in half-baked, quickly-abandoned products, it also allows for a special kind of evolution not many could afford.

That last part is particularly important, given that Samsung’s size and R&D funds allow for more experimentation than other companies, including giants like Apple. The Galaxy maker has iterated quickly on various products and features, while always throwing new things out there to judge their potential. There are legitimate problems with this strategy, however — for example, if the feature is not done properly, it can easily be labeled a gimmick and become forever destined to oblivion. If the feature works in practice but is limited in scope, it might not become the selling point intended. Examples of the former include Samsung’s air gestures in Galaxy S devices, which have been progressively reduced in newer handsets. The proof-of-concept features, like smartphone projectors, rarely see re-iterations worth your while.

“For better or worse, TouchWiz has trimmed off many, many features”

But there is still some unexpected brilliance in the many hidden features of Samsung phones. When I first received my S3, I couldn’t grasp all of its offerings outright, as many were out of sight behind menus and some of their usefulness was not intuitively apparent.

The same happened with most devices up until this last year, with the only difference being that my expectations and understanding of Samsung phones had adjusted. Galaxy phones are often considered bloated and ugly in software — and I can’t disagree. They typically are my daily drivers for large portions of the year, though and the love-hate relationship I have with TouchWiz has luckily shifted towards the better end of the spectrum with each new taste.

And here is where the point of this editorial comes in: for all its flaws, Samsung does try to smooth out the user experience with each generation, with some of its biggest successes being refinements reviewers fail to mention. And while each new TouchWiz might keep things we dislike, these are typically things we find on the surface but can be worked around, mitigated, or removed. I will proceed to list some notable examples I’ve found in the past 3 years:

First up is bloatware. Samsung phones still come with bloat applications, that much is true. But the nature of their bloat has changed dramatically this past year, in form and in function. The non-background bloatware apps are not as useless as one saw in years past, and the third-party baked-in apps are things that many users would actually want to use, such as Microsoft apps, Whatsapp, Instagram, and the like.

Abominations like Kids Mode have met their well-deserved fate in bloatware hell.

I still disable these as soon as possible, but I know that the average consumer finds these handy. Samsung allows quick disabling or uninstalling of applications through its TouchWiz launcher now, which makes the set-up process much easier. As far as Samsung apps goes, they have actually trimmed those down as well, and abominations such as Kids Mode have met their well-deserved fate in bloatware hell.

Background services are another story, sadly. As I noted in my Note5 review, the background bloat makes its way into your CPU usage regardless of the intensity of the task you are doing, sometimes ignoring all priorities and rational basis. But on the plus side, it’s easy to disable this bloat without root too — most of the truly intrusive services can be disabled from the apps manager, and third-party package disablers can deal with the rest. For the truly committed, Titanium Backup will clean your phone.

Performance is another touchy subject with TouchWiz, one that spawned many hilarious jokes across the years. Things have largely changed, though, and the once-notorious TouchWiz is not the lag-fest it was known to be. Part of this could be attributed to the silicon excellence Samsung has been packing in its flagships as of late, but this is not exclusively the case. There have been actual optimizations behind the hood, something I first noted with the unprecedented performance I obtained on my Note 3 when flashing TouchWiz Lollipop. The memory management issue, however, overshadows the otherwise impressive performance of the S6 and Note5, but future builds will seemingly address this, and excluding the awful app-reloading, Samsung’s latest phones claim the crown as far as raw speed is concerned. Smoothness is up there too, with the latest phones and their latest firmware builds skipping less frames than ever before (Marshmallow pictured to the left).

But perhaps the clearest evolution is in the little things, and the consistent improvements in various Samsung features and apps. The easiest example is floating windows: these were introduced in the Note 3 as a revolutionary multitasking feature, but the actual user experience was awful as Samsung made it counter-intuitive to trigger. To start a floating window, one had to (1) removed the S Pen, (2) select the Air Command, (3) select pen-window, (4) draw a square shape, (5) pick an application. This process was completely changed with the Note 4, which introduced the corner-pull gesture to minimize windows, as well as the mechanics of the floating apps. The Note5 further refined this system by allowing one to trigger any floating app at any time from the recents menu.

Even within the same device, Samsung brings in new features and refines older ones through software updates too. An example would be the Note 3, which received the Note 4’s multi-window upgrades like the S3 received the Note 2’s.

The Note5 itself recently saw another feature simplification in its Marshmallow test build: the touted “scroll capture” featured, too, suffered from poor implementation as it is triggered with the S Pen, but the Marshmallow build allows to easily use it on any screenshot. Small details like this are all over Samsung iterations, and they simplify the UX by making TouchWiz’s most coveted features much faster and more intuitive. 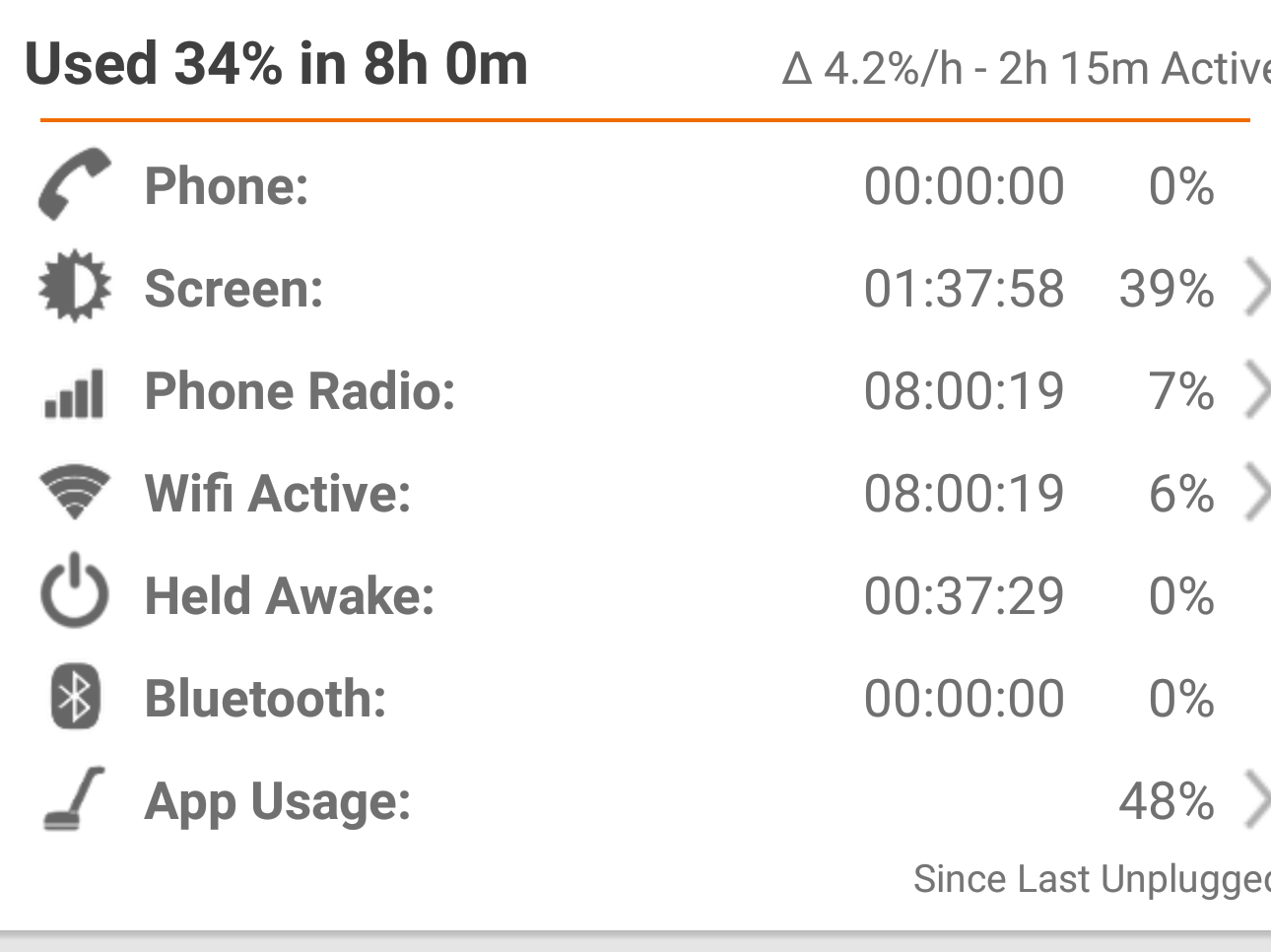 And if that wasn’t enough, the fact that Samsung brings features and optimizations in updates that do not necessarily bring an Android OS upgrade is always welcome. A recent example is the COJ5 build for the T-mobile Note5, which brought Doze-like battery optimizations, resulting in an unbelievable boost to standby longevity and overall battery life. Such changes radically alter the user experience, and barring a few rotten apples (particularly carrier-branded ones), updates come frequently enough to address various issues and optimize features (memory management, though, is still not perfect on stock Lollipop).

There are still things to dislike about TouchWiz, namely the arrangement of the UI and its design. Marshmallow on the Note5 looks particularly ugly, so we won’t be seeing that change soon. It’s particularly distressing to see Samsung introduce more and more of those iOS-like blur effects that completely clash with Material Design. But Samsung’s theme engine is one of the most robust provided by OEMs, and the theme store has plenty of options to cover whatever palette you desire, and stylish aesthetics like Material Design as well. This means that TouchWiz on newer Samsung handsets is nowhere near as ugly as it once was, provided you exploit the easy-to-use themes and other options like launchers. Excluding the blur effects on some menus, TouchWiz is bearable when running a nice material theme.

Themes have made TouchWiz a lot more bearable.

Despite all of the issues with old and current Samsung phones, I have to recognise that Samsung’s UX has improved in recent years. For better or worse, TouchWiz has trimmed off many, many features — some that only hardcore Android users would even know about (such as Wolfram integration with handwriting input), some that are purely gimmicky (like many “smart” and “air” features) and sadly, some that were legitimately nice to have (like the ability to stop or snooze alarms with one’s voice).

Plenty of ugly TouchWiz remains — S Voice, for example, refuses to die and leave more room for Google Now. But it’s nice to see that there is no longer a Samsung app for absolutely every Google app, or that some stock apps like S Note and the music player see nicer interfaces and more features from one version to the next. I wish that Samsung would put this emphasis in meaningful curation with their hardware as well, rather than accept the compromise of each decision.

But even then, I can say that Samsung phones have only gotten more enjoyable since the Note 4, and while its software is not as light nor clean as stock, I think the UX of TouchWiz has been getting better while other OEMs can’t claim the same to such a degree. And if the Marshmallow build I tested is anything to go by, Samsung is not sitting on its laurels when it comes to cutting the fat off its phones. It might just be a case of “too little, too late” for those who already made up their mind.

XDA » Analysis » In Defense of TouchWiz: How the Kitchen Sink is Getting Cleaner