Nowadays, it’s only a matter of time before an established company “borrows” features from a competitor. This is particularly true when it comes to social media apps. We have seen this trend explode in recent years, and now it looks like Instagram is back at it again. Leaker Alessandro Paluzzi has shared some images that show Instagram is working on a BeReal competitor called “IG Candid.”

Paluzzi shared images on his Twitter account, showing off the feature that is being tested. The first screenshot shows an intro to the app with the caption “Add other’s IG Candid to your story tray. And everyday at a different time, get a notification to capture and share a Photo in 2 Minutes.” Instagram has contacted different outlets to confirm that the feature is real and is currently being tested internally. Ultimately, we won’t know if this will arrive in the app. Still, if BeReal’s popularity continues, you can probably bet that this will arrive in a future update.

#Instagram is working on IG Candid Challenges, a feature inspired by @BeReal_App 👀

ℹ️ Add other's IG Candid to your story tray. And everyday at a different time, get a notification to capture and share a Photo in 2 Minutes. pic.twitter.com/caTCgUPtEV

Despite its recent popularity, BeReal isn’t an overnight success. The app was initially released in 2020 and languished in relative obscurity for the better part of a year. Recently, the app has been quite popular, gaining traction in early 2022 and now sitting at the number one spot in the Top Free Apps section of the iOS App Store. As you can imagine, this piqued the interest of not only users but also some big names in tech. Instagram released Dual towards the end of July, taking clear inspiration from BeReal, and now has taken things a step further with its latest internal test.

So what makes BeReal intriguing? Unlike Instagram, it challenges users to capture authentic moments. It does this by spontaneously notifying users each day at different times to take and share a photo within two minutes. The app captures photos using the front and back camera, taking in the user and the scenery. From here, users can react to posts using comments or RealMojis. While this sounds fun in concept, you might often just catch your friends working or sitting at home doing nothing. Regardless, it’s a new trend catching the world by storm. Let’s see how long it can last. 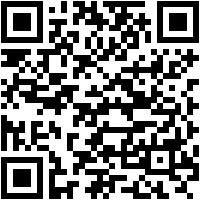 Source: Alessandro Paluzzi
Via: The Verge