How to Install a Dark Theme on Android Oreo without Root

Some of you might remember the days of Android Gingerbread’s green-colored system theme. That was later supplanted by the much beloved Holo UI when Matias Duarte joined Google. The dark, almost futuristic look of Android during the Ice Cream Sandwich, KitKat, and Jellybean was comfortable on the eyes, although the design is dated when paired against the Material Design interface introduced in Android Lollipop. Since then, Google has stuck to the light Material theme to the dismay of many. Getting rid of the blindingly bright light theme on Android Oreo is probably one of the most commonly cited reasons why people are so excited for rootless custom theme support via the Substratum theme engine. Today, we’ll show you exactly how you can install a dark theme on your Android Oreo phone without root! How to Install a Dark Theme on Android Oreo

Rather than rehashing how to set up Substratum on your shiny Android 8.0 Oreo device, check out this previous tutorial. Follow through that article until you reach the end of “Part 1”, then return to this article to be guided through setting up the dark theme.

Once you’ve set up the Andromeda add-on and have confirmed that Substratum launched without issues, follow the below link to install Sai’s Android Oreo Black Theme. It’s a totally free theme made by a talented themer, but if you enjoy his theme you should consider donating to the user. 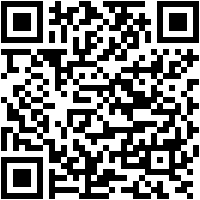 This particular theme currently only themes the Android System/Framework as well as System UI, but we can combine this theme pack with another one from the same developer to theme a few additional applications. Called Sai’s Fresh Theme, this Substratum theme allows you to apply a dark theme to applications such Android Messages, Google Play Store, and Twitter. 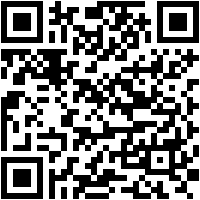 If you’re looking for a theme that applies to more apps, we’ll recommend a few alternative dark themes at the end of this article, but many of the other dark theming apps out there aren’t free, so you’ll have to decide for yourself how many of your apps you want themed. In any case, getting a dark theme in Settings/System UI is more than enough for most people, so that’s why I am recommending Sai’s free themes here.

Enjoy the dark theme! Your dark themes will remain on your phone even if you reboot! It won’t survive a factory reset, however. If you decide to change your mind for whatever reason and want to go back to the default light theme, you can easily disable this theme by repeating steps 1-6, but instead of tapping on “Build & Enable” in step 7 you tap on “Disable selected.”

As promised, here are a handful of alternative custom dark themes available for Android Oreo users. None of the below themes are free, but they are great examples of the kinds of themes that are available on the Play Store. Credits to XDA Senior Member rest0ck for putting together this list!

Hopefully with the explosion in popularity that rootless Substratum has brought to custom theming, more and more developers will create themes that will be compatible for Android Oreo users. Keep an eye out on our Substratum forum and stay tuned to the XDA Portal via the XDA Labs app for any future news about the Substratum theme engine.

This post is not the only Substratum related tutorial we published today. In fact, it’s part of a series. You can find the rest of the tutorials below: