Jabra on Tuesday announced a new pair of wireless earbuds, the first from the company to ship with active noise cancellation. Available for $229/€229, the Elite 85t looks pretty similar to the previous Elite 75t, with some tweaks to make the latest version more comfortable.

Jabra said the Elite 85t comes equipped with a dedicated ANC chip, which users can control in the companion smartphone app to find their most comfortable listening experience. Users can also control the 85t’s HearThrough feature, allowing them to adjust how much noise from their surroundings filter through. A feature like HearThrough is great when you work in an environment where you want to block out noise but also be aware of what’s going on around you.

The Elite 85t also features a six microphone array (three on each ear, two on the outside, one on the inside) with improved wind noise protection for voice calls, Siri or Google Assistant voice assistant support, and 12mm drivers that promise “big sound and powerful bass.” The internal components are enhanced by the 85t’s tweaked design, which Jabra said is semi-open for improved comfort that relieves ear pressure. The headphones also feature oval-shaped ear gels for a better seal in the ear. The Elite 85t offers up to 5.5 hours of listening with ANC on, 25 hours total playback with the Qi-certified wireless charging case and ANC on, and 31 hours total playback with ANC off. That’s comparable to Google’s Pixel Buds, which offer up to 24 hours of total listening time with the wireless charging case, although Google’s earbuds don’t offer ANC.

Jabra said the Elite 85t also features an IPX4 rating for water and sweat resistance and will come in titanium/black when they launch in November. They’ll also be available in gold/beige, copper/black, and black and grey beginning January 2021. The new Jabra Elite 85t are truly wireless earbuds that come standard with Active Noise Cancellation (ANC). You can buy them soon at Amazon.

In addition to announcing the Elite 85t, Jabra also announced plans to bring ANC to the existing Elite 75t and Elite Active 75t earbuds via a firmware update in the Sound+ app. The company is able to deploy ANC to these earbuds thanks to the company’s “leading ANC know-how” taking advantage of Qualcomm’s digital audio processor. ANC will arrive via a free firmware update in October; the update promises to offer Jabra’s “standard level of ANC,” ensuring noise cancellation on lower frequencies. With ANC enabled, the Elite 75t series will offer 5.5 hours on a single charge.

The Jabra Elite 75t are some of the best-sounding TWS earbuds on the market according to many reviews, and they'll soon gain ANC via an update.

Looking for a more fitness-oriented alternative to the Elite 75t? The Jabra Elite Active 75t feature an IP57 rating for protection against sweat and water. 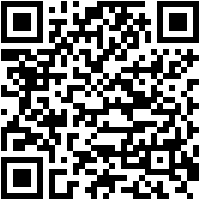