Motorola’s Moto Mods have allowed the Lenovo-owned company to expand the functionality of its Moto Z smartphone lineup without having to introduce new hardware. Peripherals like the JBL SoundBoost 2, Moto Power Pack, and Moto Insta-Share Projector snap onto the smartphones’ magnetic connectors and add functionality. And at the 2018 Consumer Electronics Show, Motorola took the wraps off new Moto Mods for the Moto Z series: A keyboard mod and a biometric mod.

The Livermorium Slider Keyboard Moto Mod, a project from Motorola’s Accelerator Program, attaches to the back of the phone and wraps around it, angling the keyboard at a 60-degree angle (maximum) with the keyboard facing flat upwards. It’s aimed at folks who use their phone for productivity, and it’ll launch later this winter at a retail price of $99.

Next is the Lenovo Vital Moto Mod, which looks like a cool piece of health-tracking technology. It can measure five key vital signs, including heart rate, respiratory rate, pulse oximetry, core body temperature, and even your systolic and diastolic blood pressure straight from your finger. It’ll go on sale for $395 in April. 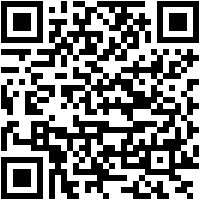 In addition to the two new Moto Mods and Moto Z Market App, Motorola announced that its Transform the Smartphone Challenge, a collaboration with Indiegogo that encourages entrepreneurs to design and pitch their own Moto Mods, will continue this year. The company’s accepting submissions through February 6, and the prizes include a Moto Z phone, a Moto Mod Development Kit (MDK), and campaign support from the Indiegogo team. Grand prize winners will fly to Motorola’s Chicago headquarters to meet with the Moto Mods development team.

You can check out the announcement at the source link.