KinScreen is one of the most advanced screen control apps available on the Play Store right now. The app has been around since 2014 and, over the years, developer Flyview has added a host of controls that let you completely customize the screen timeout behavior of your Android device. The app gives you the ability to utilize your phone’s sensors to keep the screen on when you’re using it. On top of that, it offers granular controls for each option to help you customize the auto timeout behavior based on your needs. The latest update for KinScreen (v. 6.0.0) brings a bunch of additional features like tilt to wake, turn on by proximity sensor, time out by tilt, and more. Here’s a quick look at all the new customization options introduced in the latest update:

The new Turn on by tilt feature lets you turn your device’s screen on simply by tilting it over a predefined angle. As you can see in the attached screenshot, the feature includes a couple of exceptions that will let you customize instances when the feature doesn’t work. For example, you can enable the ‘Except if screen manually turned off’ option to prevent the app from waking up the display when you manually turn it off, even if you tilt the device over the specified angle. The update also adds a new exception to the existing turn on by proximity feature to prevent the screen from waking up if the device is tilted below a specific angle. Another noteworthy addition is the time out by tilt angle option which accelerates the screen time out if the device is tilted below an angle. The feature also comes with a couple of exceptions to further customize it as per your needs. And finally, there’s the new Actively turn screen off function which actively turns the screen off for the turn off by proximity and/or turn off by angle functions. Without this option enabled, KinScreen only sets a short timeout, so if another app is keeping the screen on the proximity and angle features won’t work. When it’s turned on, KinScreen actively turns the screen off after a specified time. For other changes introduced in the latest KinScreen update, you can check the changelog section below.

All of the promo codes have been given away as of 1:52 PM ET. Thanks for participating! 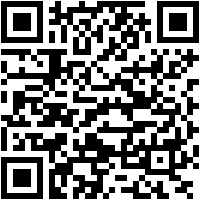