Most launchers are built around the basic premise of presenting some frequently used apps and widgets on the home screen and tucking away all other apps in the app drawer. But if you have a lot of apps installed on your device, your app drawer will end up becoming a scroll festival, where you can spend quite a lot of time finding apps. You can then either tuck away some more of these infrequently-used apps into folders or resort to using Search functionality for quickly locating the app. LaunchBoard takes the latter approach and spins it into its own feature, pitching itself as an app drawer replacement.

LaunchBoard’s premise is simple — instead of an app drawer, you are expected to use LaunchBoard’s app icon or its widget. When you click on the icon, you are presented with a simple keyboard wherein you enter the first letter of the app you want to launch. The app then filters out all other apps and displays only those apps that start with the letter you specified. You don’t need to type out anything more, as the app you are looking for should very likely be present within the few options displayed to you.

For customization, LaunchBoard offers a few options to alter the appearance of the widget and app, three options for keyboards (QWERTY, QWERTZ, ABCDE), icon sorting, ability to show contacts and/or apps, and choice between favorites and recents for quick access. The app also comes with icon pack support and a theme engine. You can choose a theme from one of the several presets available, or you can create your own theme. The ability to create themes is the only IAP element within the app, so it is very subtle and unobtrusive with its monetization.

You can follow along the discussion over at LaunchBoard’s thread over at our forums. 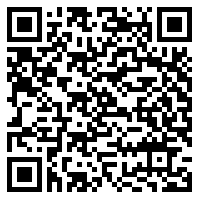