If you own an LG device that features Dual Screen support, we have the perfect app recommendation. Dual Launch for LG is a free app that allows users to launch pairs of apps at once.

Dual Launch for LG is designed for the LG smartphones equipped with the dual screen case, such as the LG V50, V60, G8X, and Velvet. The app allows you to pre-configure a list of apps that you want to launch together on your dual screen, including preferences for which screen will display which app. A single tap automatically launches the apps to the desired screens.

Dual Launch for LG will allow you take advantage of the dual screen by launching YouTube on one display and Chrome on the other — and that’s just one example. It’s a convenient way to launch your favorite pairs of apps, and makes you wonder why this kind of customization isn’t built into LG’s launcher. Once you download Dual Launch for LG, you’ll be able to build whatever combinations you want, which can be pinned to your home screen for easy access. Simply click on an item to launch it. And if you grow bored of a pairing, you can easily delete it from inside the app and then create other pairings for dual screen goodness.

There’s not much else to it. The developer is pretty active in the Google Play listing, so if you have a concern with performance or a recommendation, there’s a good chance they’ll respond. 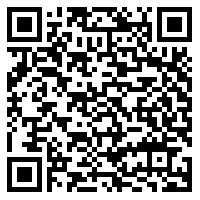