The LG G4 has met a lot of positive feedback since its unveiling at this past Tuesday’s event. The new device represents a lot of advancements for LG in key areas, but it also leaves behind some of the things that made their device so special in the first place. LG’s approach towards a fashionable smartphone could make for one of the most surprising releases of this year – if the cards play out right. The G3 was a marvelous device, going as far as winning Best Smartphone at the Global Mobile Awards 2015. Can the G4 live up to the hype and expectations?

The LG G3 was not particularly amazing in any regard when compared to the best of 2014: it didn’t have the absolute best camera, nor screen, nor the fastest processor nor the best battery. Its bezels grew bigger, but the device still remained rather small. Its faux metal plastic back didn’t fool anyone either, and the UI still makes Android purists cringe. Why was it so popular? The answer is the holistic panorama of the experience. A great smartphone doesn’t need to excel, and the G3’s consistency in every category made it a perfect fit for those that just want a darn good smartphone.

The G2 before it was also an amazing phone, and in many regards it was a trendsetter for 2013. It packed the mighty Snapdragon 800 (which remains speedy even by today’s standards), a very capable camera and minimal bezels that set a new trend ablaze. Since that phone was introduced, manufacturers have been paying more and more attention to screen-to-body ratios, and flagship lines have been shrinking their bezels in the past couple of years. LG’s UI was not the prettiest nor the fastest out there – especially pre-KitKat – but the SD800 managed to run it quite well on a gorgeous yet very saturated 1080p display. Two cycles from that device, how has LG’s flagship evolved? When LG began the “See the Great, Feel the Great” campaign, we didn’t know that  the company would establish the motto as a literal Ethos for their next phone. The catchphrase fits the G4 very well indeed – it looks and feels great, at least the leather version. And if not great, at least different. Motorola has leather backings available, and Samsung has been experimenting with fake ones since the Note 3, but LG’s leather solution actually looks much more impressive than these last two. LG said they wanted us to “feel the craftsmanship”, but we can see it. My personal first opinion of the device was that it looked somewhat tacky in the leaked pictures (especially due to the stitching), but after seeing it in videos being rotated in a 3D space with the lighting hitting the surface, I completely changed my mind.

When it comes to “design inspiration”, companies have always been rather stale. Take the Galaxy S3, for example: “inspired by Nature” was the campaign slogan, and it only ended up annoying users all over the world with the silly water sounds and the chirping bird notification tone. In this sense, TouchWiz is a disgrace – nature is more beautiful than those ugly colors (which, by the way, you’d be hard-pressed to find in nature) and cheesy sounds. LG’s inspiration and goal for the G4 is not only providing value, but also having a device that grows with you. This is something I don’t see many people discuss, but it is engraved into the core of the design and UX of this device on every level.

The leather back of the phone is the first indicative. Leather changes over time with use and stress, most of the time becoming more beautiful and personal. The genuine leather in the G4 will grow with you, and whatever tiny little scratches you make will not be a reason to change the backplate, but rather admire it. We’ve seen leather in technology change this way in the Moto X and Wear watches like the Moto 360, and ultimately it gives the device a lot more personality and one that reflects your personal history with the device. Whereas the G Flex 2 aimed to self-regenerate any signs of wear, the G4 turns it into a subtle feature. The screen of the G4 is where LG truly needed to improve. If you look at display analysis of LG phones such as those of AnandTech you will find that LG’s displays suffer from mediocre contrast and terrible saturation. The G3 was, in fact, more saturated than the ultra-colorful AMOLED display of the Note 3, and the 1440p pioneer panel was shadowed by obnoxious software sharpening and constrained brightness. The G2 was no champion either. The new Quantum Display of the G4 seeks to remedy that, however, and promises excellent color reproduction, amazing brightness and great battery efficiency. The new liquid crystal structure and quantum dots allow for true-color calibration, and that with the GRAM introduced in the G2, power consumption should be dramatically reduced. Given how Samsung has gained the Display Crown twice in a row with the Note 4 and S6, competitive advancements on this front are a must. Then there is the camera. Oh, the camera! This looks to be the most promising aspect of the G4: instead of lazily bumping megapixels like HTC or focusing on the software post-processing like Samsung, LG once again shows their innovation by introducing a color spectrum sensor that adjusts the white balance and allows for more realistic color reproduction in images. There is also an improved OIS 2.0 that adds a new Z axis of stabilization, meaning that pictures should look crisper. Then you’ve got a bigger image sensor and F1.8 aperture that allow more light in and lead to a better depth of field and improved low-light performance. And on top of that, you’ve got the laser auto-focus and a refined camera app with a manual mode designed for professional use. You can adjust parameters such as the shutter speed for creative shots, and you’ve got RAW image support to get the purest quality. This camera is a serious powerhouse, and pros love it. What else do you want? 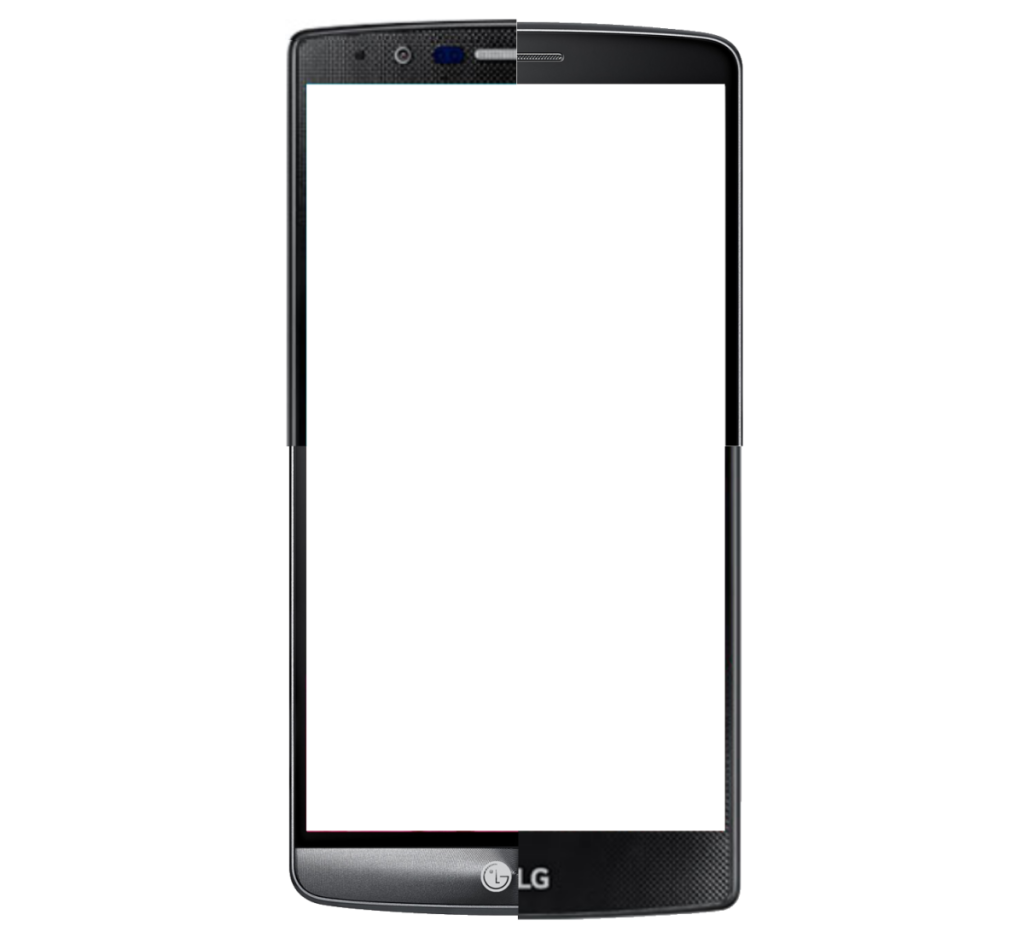 But there are worrying aspects too. LG abandoned a trend that set their device apart and kick-started the G line love: small bezels. The G2 had a ~75.9% screen-to-body ratio, and the G3 dropped that number to ~75.3% which is still very respectable. The G4, however, increased the bezels significantly and now has a ~72.5% screen-to-body ratio (rough comparison to the left)… when they had shown an almost bezel-free display not long ago! Let’s put this into perspective: that is worse than several popular flagships of today, such as the Note 4, Nexus 6, Mi Note, Find 7, Sharp Aquos Crystal, Meizu MX4 Pro and others. LG had raised the bar in this regard, and it made for one of the most attractive devices in the market. Now they had a retrograde movement towards mediocrity again. Luckily, the device will still feel great in the hand due to a curved back… but the days of saying that LG phones don’t feel like phablets might be over. Then there is the processor found inside: early benchmarks (courtesy of gsmarena) already show that it is far behind the competition, and in many ways it is behind 2014 devices at that. The Snapdragon 808 does have 64-bit support, but its hexacore arrangement only has 2 high-power cores in the performance cluster as opposed to 4 in the Snapdragon 810 and Exynos 7420. The Adreno 418 GPU is also worse than what is found in the Snapdragon 805, and this leads to worse game performance on the 1440p screen. Luckily, Qualcomm and LG have been focusing on optimizing the UX and they claim the phone is faster than the competition in many regards. We will have to wait and see, but I can’t help but feel that our predictions came true in the most crushing way. Hopefully the refinements in Android 5.1, particularly the kernel improvements that allow for better use of multiple cores in the UI, have a tangible effect. Smart use of Global Task Scheduling can go a long way.

Finally, the UI is still very much an LG UI. Many of the features like the smart widgets that inform you of events align with the theme of a more personal phone, but how useful they really are remains to be seen. The fact is that a lot of LG’s new functionality is better handled through Google Now, which comes built into the phone. We talked about this redundancy before and while LG wants to lure more users with features like these, many might not end up using or liking them. It would have been nice to see them focus on things like multi-window (as LG’s system is seriously lacking in comparison to Samsung’s) or the actual UI design, which is still quite offensive for those that love Google’s pure Android and Material Design.

The LG G4 looks very, very compelling. Their inspiration is, for the first time in an Android phone, completely tangible in every aspect of the phone. LG claims that they have been designing this phone before the G3 came to be, and in some ways this sounds honest. The G4 tries to move away from simple machinery into a more personal product, a fashion statement of sorts. The many color variations, back options and ever-changing leather in the premium alternative allow for a level of personal expression not found in many other phones. The removable battery and microSD slot show that LG still listens to power users, and the emphasis on hardware innovation is just what the company needs to combat Samsung.

LG fixed what was broken with a new screen that looks to be as promising as an IPS LCD display can get, and I personally cannot wait to see what a monstrous advancement from the G3 it must be. The camera simply sounds stellar – if there is such a thing as “overpowered” camera hardware, LG’s might be it. This is not to say that it will be the best, though, as Samsung’s DXO score just topped the mobile game. This is mostly due to the amazing software Samsung put in this time around, given that other than the F1.9 aperture of the S6, the module is similar to the Note 4’s. LG’s approach to a hardware powerhouse for the camera might be enough to take Samsung’s crown, and if their display also surpasses Samsung’s, a lot of praise will ensue.

Sure, the processor might be underpowered compared to the Exynos 7 or even last year’s Snapdragon 805, but with good optimization that will not be a problem for most use-cases. LG claimed battery life of “over a day”, which is odd considering that the G3 could break a day and a half and the G2 could top two days… we hope they are simply understating this, as good battery life was also an LG staple. The bezel growth is a huge shame, and we would have liked to see a more refined UI. But like the G3 proved, these complaints can be overlooked: the weaker processor, decreased battery life, bigger bezels and LG UI didn’t stop the G3 from becoming a fan-favorite. Can this device pull off the big fame again? We have to wait and see.

LG plans on selling 12 million LG G4 handsets in total. Will you be helping them reach that number? Let us know below!