The process of copying files from one computer to another can be surprisingly difficult, especially without using flash drives or other external storage. That’s why the developers behind the Linux Mint desktop operating system developed Warpinator, an application for copying files over a local network. However, the tool only worked on Linux-based systems, until now.

Warpinator was released by the Linux Mint project in September of last year, and it can be installed on many other Linux distributions (including the Linux container on Chrome OS) through the Flatpak version. Czechia-based developer Slowscript has now created an Android application using the same protocol (via OMG Ubuntu). The app can be used for copying files to/from a Linux PC with the original Warpinator app, or copying data from other Android devices. In the latter case, it’s an alternative to Google’s own Nearby Share, which only works on devices with Google Mobile Services.

The app isn’t related to the Linux Mint project at all, so any significant changes to the Linux app in the future could cause the app to lose full compatibility (unless the app is updated again). However, the app was highlighted by Linux Mint in a recent blog post.

“When we made Warpinator,” the developers of Linux Mint wrote, “we solved a need we had within Linux Mint and made the software available for all Linux distributions, but although we wouldn’t spend the resources to make it work on other OSes (Android, iOS, Windows and Mac for instance) we wanted to use simple and open technologies to make it possible for this software to be developed by others. Today, seeing someone put the effort and come up with an Android build is a really cool feeling.”

You can download Warpinator for Android from the Play Store link below or from F-Droid with the IzzySoft repository. The desktop Linux app is available from Flathub and should work on any system that supports Flatpak — Ubuntu, Fedora, Chrome OS, and others. 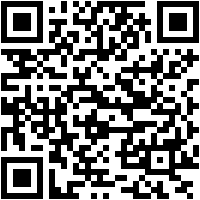