Magic: The Gathering Arena is now available on Android in early access

Magic: The Gathering Arena, developed by Wizards of the Coast, is now available on Android in early access. The free-to-play title supports cross-play, allowing Android users to join their desktop counterparts.

Wizards of the Coast said that Magic: The Gathering Arena players can expect the same experience enjoyed by those on desktop. The game has been optimized to support smaller screen sizes and touch-based controls. If you already play on desktop, you’ll be able to log into your Wizards Account and complete quests, play competitively, and build decks.

Magic: The Gathering Arena on Android will include all current card sets, formats, events, dev building and more. Players will also get access to the Viking-themed Kaldheim deck, which is available on digital today. The game is free to download, but you can spend money on purchasing cards. If you own a physical copy of the Planeswalker decks, you will get a code to unlock them online.

Wizards of the Coast says that the game has been optimized the run on higher end devices. Here’s what the developer recommends:

The list of supported devices includes everything from the Google Pixel 3 all the way up to the Galaxy S21 series:

“Due to the wide and variability of Android devices, we are unable to provide a comprehensive list of supported devices,” Wizards of the Coast said. All of the devices listed above assume your phone meets the standard requirements.

The developer said wider Android and iOS support of Magic: The Gathering Arena is coming later this year. 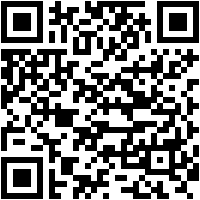