Magium is a Choose Your Own Adventure text-based game with a long, engaging story

Gaming on mobile phones is often associated with fast-moving gameplay and intensive graphics. While there is no doubt that those types of games are popular, other genres of games are also popular in their own right. If you prefer getting captivated by words from a storyteller over shooting your way through 100 players, check out Magium – a Choose-Your-Own-Adventure style text-based game.

The highlight of Magium as a “game” is its long and engaging story, and if you prefer graphics over words, this game is certainly not for you. Magium practically merges a fantasy novel with the ability to make decisions, in order to create multiple, interactive paths that the main subject can take through the story. The app markets itself as a text adventure game in which you start off as a person who joins a deadly mage tournament. The game not only has you choose your paths, but it also features a stat-based system which can block/unblock certain actions depending on how much you have invested in those stat branches. The closest analogy that I can make for this game is that it is like Skyrim, but entirely in text. The entire game is envisaged to span across up to seven books. The first book is available to play for free, and it is claimed to be 178,000 words long, or about 700 pages when including all of the story’s branching paths. The length of an average playthrough would be about 90,000 words. The second book is also available, but you either need to complete 25 of the 35 available achievements, or pay to unlock it. The second book is said to be about 277,000 words or 1100 pages long. Further books are available as well, but needless to say, you are going to take some time to reach the end.

If Magium sounds like an interesting game to you, check out its XDA thread. Alternatively, you can also download it from the Google Play Store. 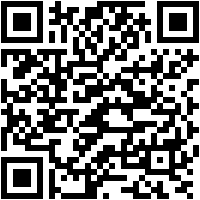 XDA » News Brief » Magium is a Choose Your Own Adventure text-based game with a long, engaging story