Mandalorian Fans: Check if the Google AR Experience works on your device

The Mandalorian has been the highlight of streaming service Disney+ during its first year, and as we approach Christmas, supplies of toys and other merchandise are already running out in many places. But no such problem for Google’s Mandalorian Augmented Reality Experience (AR), which launched yesterday. The collaboration between Google, Disney, and Lucasfilm lets you place life-sized virtual characters from Season 1 of the hit show into your real-world environment and interact with scenes from the story. The app is available primarily for the Google Pixel 5 and 4a 5G, but Google has also made it run on a number of other “5G Android phones”. That’s by no means all of them, but we’ll come to that in a moment. Early reviews from users have been mixed, with reports that it’s fairly sluggish and laggy. We suspect that might be the reason that it hasn’t been released as a free-for-all for all handsets. We’d also venture that the recommendation that you use a 5G connection might have some effect, but with some of the issues, therefore, caused by the relatively limited 5G service in many areas. If none of that has put you off and you want to recreate the taking of The Child or the downing of Moff Gideon’s X-Wing, then ‘This Is The Way’. Ahem. Sorry — couldn’t resist. You can download the Mandalorian AR Experience on these handsets:

The app is available until the end of October 2021, with five planned updates offering new content, dropping weekly between now and Christmas 2020. You’ll need to have Google ARCore installed and updated on your device. More details are available on the Google support page. 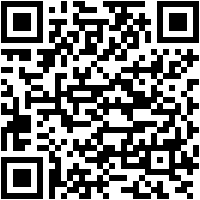