Mobile gaming has taken a huge leap over the past few years. With improvements in hardware and graphics technologies as well as various software innovations, one can enjoy high-quality games capable of matching (if not better than) some of the gaming consoles in the market. We also have a variety of game streaming services, including NVIDIA GeForce Now, Google Stadia, Xbox Game Streaming, etc., that let you enjoy AAA gaming titles by just streaming them on your smartphone using high-speed internet.

That’s where Mantis Gamepad Pro comes in. Mantis Gamepad is a keymapping tool for Android that claims to that protect you from getting banned and promises compatibility with almost any Android game. The best part of the app is that you don’t need to root your device to make it work.

What is Mantis Gamepad Pro?

Mantis Gamepad Pro is a keymapper app for Android that is claimed to be ‘modern and safe.’ Currently available in beta on the Google Play Store as well as from the team’s own website, it features a ‘Universal Touch Mapping’ feature that lets you play almost any Android game with a physical game controller.

As per the developers, Mantis has been made with data safety and integrity in mind. It doesn’t request a lot of permissions, and the developers have made sure that the purpose of each permission is explained in the app itself. One of the most common issues while using game controllers with an Android device is the risk of getting banned, as most controller keymapper apps use cloning. Mantis says you won’t get banned in any games thanks to its design.

“It’s nearly impossible for an App/Game to detect whether Touch Mapping is being executed.” According to the developer, the Universal Touch Mapping feature uses Emulated Touch Injection which the system treats as identical to physical touch inputs. Thus it should be indistinguishable from normal taps. Mantis makes this happen by initiating an ADB shell process via Android or PC. While overlays can be detected by most apps, the overlay running apps’ identity cannot be detected. This means that a game cannot ban a user as there are a variety of apps that include overlay use cases. To ensure there is no cheating, the app doesn’t offer the option of adding any Macros either, which would offer an unfair advantage in multiplayer games.

Other keymapper apps like Octopus, for instance, use an app cloning method that can get user accounts banned. Such keymapper apps clone games and run them within their own Sandbox. Most games today can easily detect whether they are running in a sandbox or not. Mantis is also said to readily support all your next-gen controllers to enable pro-level gaming on Android with precise controls. This means that the new controllers from Microsoft and Sony will indeed be compatible.

How to setup Mantis Gamepad Pro?

The app requires a small activation process that is done via ADB using a PC or Mac. Here’s how to set up Mantis Gamepad Pro: 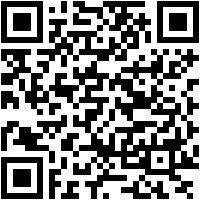 Extract MantisBuddyForWindows.rar into any folder. If you’re using Windows 7 or below/or you’re facing any issues, make sure you install the Universal ADB Driver first. If MantisBuddy cannot recognize your Android device, you need to install the respective USB Driver of your device on your PC.

Follow the same instructions as Windows. When you run ActivateBuddy.command for the first time, you may encounter an error saying that “ADB can’t be opened because it is from an unidentified developer”. If so, set System Preference > Security & Privacy > Open Anyway. In case this process doesn’t work, set System Preference > Security & Privacy > Allow apps downloaded from: Anywhere.

If you don’t see the Anywhere option, open Terminal and type sudo spctl –master-disable and hit return then input your password (different from the usual password interface with *****, here you can’t see anything from your input) and return.

Mantis is also the only keymapper on the Google Play Store that doesn’t require a PC for ADB connection. The latest update now allows you to activate the app via ADB by connecting to an Android device using a USB cable.

I personally tested the Mantis Gamepad Pro with a Logitech F310 wired controller and the new Sony DualSense Wireless controller via Bluetooth. The entire process is fairly simple, even for someone who is not aware of how ADB works. The user interface is clean and easy to understand. There is a dark theme option, with well-defined instructions and an FAQ section, to help users troubleshoot easily.

Calibration is pretty seamless wherein you tap all the buttons one by one on your controller including the thumbsticks to assign various functions. Once you have configured the controller, you have to map those keys onto the touchscreen controls. This can be done by adding games to the app and running them through Mantis itself. Once you add and open a game through Mantis, suppose PUBG Mobile, you should see a small overlay on the top left corner.  To map your controls, open the game’s touch-based control layout and then tap on the Mantis floating widget and hit the ‘+’ sign to add a D-Pad, face keys, or the left and right thumbstick, and even the opacity. You can assign as many buttons as you want, depending on the controller that you have. It takes a while to map every single function, but it is just a matter of loading them once you are done.

I tried a bit of PUBG Mobile with the Logitech F310, and overall I didn’t face any latency issues. Considering I’ve always played the game using touch controls, there is a learning curve when you move to physical controls. You can’t completely navigate the game menus and various other options without going back to the touch screen. It is only when you enter a match where the physical controller actually made sense to me.

I believe the developers of Mantis Gamepad Pro have done a fine job on the app. Apart from a few issues like compatibility with certain smartphones, the Mantis Gamepad Pro could soon become a role model for other keymapper apps. You can follow the development of the app by heading to the official XDA Forum page.