Earlier this summer, there were reports of turmoil within the Pixel team and it was capped by the exit of Marc Levoy. For those who don’t know, Levoy led the development of many of the best computational photography features in the Google Camera app. He now has reportedly landed a job as a VP at Adobe to work on the Photoshop Camera app and other research projects.

Marc Levoy was hired by Google for his expertise in computational photography. Before that, he was working on a project at Stanford that turned into Street View for Google Maps. He eventually led the development of HDR+, Portrait Mode, and Night Sight, just to name a few of the features you may be familiar with. These three features alone massively changed the smartphone camera landscape and are what draw in millions of users to Google Camera ports on our forums.

Just got word that Marc Levoy, who previously led Computational Photography at Google has just joined @Adobe as a VP and fellow to work on CP initiatives, as well as a “Universal Adobe Camera App” 👀

He’ll be working on the Photoshop Camera, research and sensei teams

According to Android Authority’s David Imel and The Verge, Marc Levoy is now working at Adobe at the VP level and will work on “CP [Computational Photography] initiatives, as well as a ‘Universal Adobe Camera App.” He’ll be working on the Photoshop Camera app as well, which currently has over 100,000 installs and a 4.5-star rating on the Google Play Store.

This is a pretty exciting spot for Levoy to end up as it could lead to some cool consumer-facing products and features. The Photoshop Camera app isn’t super interesting right now, but it’s available to all Android users, unlike the Google Camera app. Rather than having these neat computational photography features restricted to one manufacturers’ devices, this shift could make these features available to many more people. Assuming, of course, that Adobe makes these features generally available and not just for enterprise consumers. 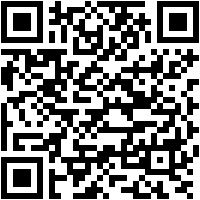