Live wallpapers have been available in Android since Eclair 2.1. In the past, live wallpapers mostly engaged hardcore users and theming enthusiasts because of hardware limitations of phones, high battery consumption due to a constantly animated background, and lackluster animations. However, with the advancements in smartphone hardware, the feature has attracted several more DIY enthusiasts who like to use ports of live wallpapers from phones like the Google Pixel 3 or the Pixel 4. Recently, Xiaomi took the same approach as Google has been taking since the OG Pixel and added two live “Super” wallpapers with an aerial view (with four different scenes) of the Earth and Mars in MIUI 12 (our hands-on). The wallpapers were very well received due to the popularity and the reach of the brand, as compared to Google.

Xiaomi’s “Super” wallpapers can also be installed on any Xiaomi or non-Xiaomi device. But if you find the availability of just four vistas limiting, we have Metropolis – an app that offers more than 100 different panoramas from different cities. The Metropolis app has been built upon the Unity 3D engine, which also drives popular mobile and desktop games.

The cities available in Metropolis are primarily from North America and Europe. The app includes noted landmarks such as the Empire State Building, the Statue of Liberty, Paris Las Vegas, and Bordeaux Cathedral. The live wallpapers in the app also support horizontal scrolling as you move from one page to another on the homescreen.

With the latest update, the developer has also added the zoom-in effects similar to Xiaomi’s Super Wallpapers. You can enable or disable the effect from the Settings. If you desire, you can also change the animation speed, the level of zoom, the parallax effect, and the speed of horizontal panning.

Out of the 100+ scenes in the Metropolis Live Wallpaper app, nearly 50 are available free of cost while for the rest, you must watch an advertisement to unlock the wallpaper. There’s a paid version of the app which costs ₹250 (~$3.30) in which you’ll not have to bear with any ads.

The developer of the app, Justin Fincher, is giving away 50 free vouchers for anyone who wants to grab the Pro version of the app.

The process is simple – we’ll post the unlock codes in two sets of 25 each in the comments below. To unlock the app, you can go to Play Store, find Payment Methods in the sidebar, and then tap on Redeem. Here you can add the coupon code to Redeem the Pro version of Metropolis. Alternatively, you can go to the app’s settings and tap on “Get Pro” to avail the coupon directly.

We’re posting the first set of 25 codes in the comments and will be posting the other set tomorrow (Monday) morning around 9 a.m. Eastern Time. The developer has posted 50 additional codes in the XDA Forums thread linked below so make sure you check that out too. 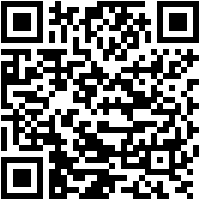