While Windows Mobile may have lost the race to Android, Microsoft is far from giving up on the mobile platform. Over the last couple of years, the company has released a number of successful apps, both on Android and iOS, that address several shortcomings on both the platforms. Some of these apps, including ones from Microsoft’s Office suite, SMS Organizer, and Microsoft Launcher, have reached immense popularity and have amassed several million users around the world. The company keeps adding new apps to its portfolio ever so often and, just a couple of months ago, it released the Microsoft Math Solver app on Android, which harnesses the power of AI to solve basic and complex math problems. Adding on to its ever-growing list of useful apps, the company is now rolling out the Bing Wallpapers app on the Google Play Store. If you’ve ever used Microsoft’s Bing search engine before, you’d know that it displays a great selection of curated wallpapers on the homepage each day. This feature is quite popular among users who swear by the search engine, so much so that the Play Store already has several third-party wallpaper apps that are dedicated to pulling images from Bing’s homepage. As per a recent report from Android Police, Microsoft has now decided to capitalize on the demand for Bing’s homepage wallpapers and has started rolling out the Bing Wallpapers app on the Play Store. As you’d expect, the Bing Wallpapers app sources a set of wallpapers from the search engine, which is usually a collection of well-photographed landscapes from around the world. The app updates daily with a new set of wallpapers that you can choose to set as your wallpaper. In case you don’t wish to manually select a new wallpaper every day, the app gives you the option to automatically update your device’s wallpaper with the featured image of the day. You also get the option to set an update frequency and to choose whether the app can use mobile data to source the wallpapers for the day. On top of that, the app displays a gallery of previously featured images that can be filtered by category, primary color, and country of origin. Tapping on any image brings up some information about the photo, along with buttons for sharing the photo, setting it as your current wallpaper, and looking up related images from Bing.

The Bing Wallpapers app is completely free to use and doesn’t include any ads or in-app purchases. If you’re interested in trying out the app on your device, you can either download it from the Play Store link below or you can pick up the latest release from APK Mirror. 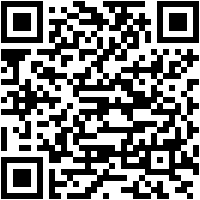