Microsoft released a major update for its Remote Desktop app for Android in July last year, featuring a rewritten client, support for Windows Virtual Desktop, a new Connection Center experience, Android TV support, and much more. The company has now released another major update for the app, which brings a new dark mode on Android 10 and later, improved Chromebook support, and several bug fixes.

According to Android Police, the latest version of Microsoft Remote Desktop (v10.0.9) has started rolling out to users via the Play Store. The update brings the following changes to the app:

The new dark mode and native 64-bit Chromebook support are the most significant changes included in the latest Microsoft Remote Desktop update. The dark mode works exactly as you’d expect, and it automatically changes the background color of the connections interface and settings panel to match the system-wide dark theme. The 64-bit Chromebook support, on the other hand, means that the Microsoft Remote Desktop app is now natively compiled for x86_64 processors. This should improve performance on most Intel and AMD-based Chromebooks.

It’s also worth noting that the update also increases the minimum required Android version to v7.0 Nougat. Therefore, the app won’t work on some older devices following the update. You can download the latest version of Microsoft Remote Desktop from the Play Store link below. 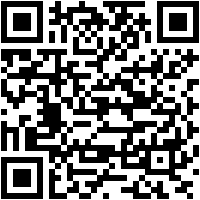